[Verse 1: Freddie Gibbs]
It's been a long time since I tasted
Workin' that hot plate, cookin' in my homeboy basement
And Lambo knocked the coke off the table, that nigga waste it
I showed him the new straps, the AK with the green laser (Bing, bing, bing)
I'm on some street shit, my baby mama tweet shit to stir up my haters
I'm like, "Why she wanna stick me for my paper?"
But f*ck it, that's life, it's what you make it, one day you gon' meet your maker
Kobe died, I swear a nigga might cry when I watch the Lakers, damn
All our mamas would watch us, boy, we was neighbors
But how you look a nigga mom in the face when you shot her baby? (Bow)
I got skeletons in my closet, right next to Balenciaga
Call me Fred DiBiase, garage is a million dollars, my nogga
Yeah, it's just the way that God be plannin' shit
I drop a load, I take a load off, that's load management
And last lap, I dropped the ho off and bagged a Spanish bitch
Pulled out the dick, she snort the coke off, I'm livin' lavishly

[Verse 2: Roc Marciano & Westside Gunn]
Uh, ain't no Ls on my jacket
The MAC-11 hit your melon and crack it (Crack it)
Ain't no pads for that in that medicine cabinet (No)
Can't mess with whatever's in that gelatin tablet (f*ck that)
Ten metal fragments can flip your skeleton backwards (Flip 'em)
All you seen after that was blackness (Mm)
This ain't no backpack shit, he slangs half a brick
Bitch, you need to ease back a bit, the trench has cactus pins (Ow) The seats in the Benz Lenny Kravitz skin, don't get your cabbage split (Tan shit)
It don't matter what establishment, we in it (We gettin' shipped the f*ck out)
Always get the biggest chicken wing, you don't get to eat on one onion ring
At least a hundred Jesus links underneath the mink
Yellow Bugatti look like a bumblebee
Compressor on the front to muffle the heat
The submachine gun, it come with the beam amongst other things that's unseen
To run with me, you need sunscreen cream, see I'm covered in bling (Bling)
Motherf*cker, ain't no shade, even under the trees where monkeys swing (Ah-ah-ah)
The marijuana money green, I'm runnin' the company like a drug ring
Livin' comfortably off of gut instinct
That fell upon me once I was done with the streets (Uh)
You still scheme in public, P, let me bring you up to speed
You get your wig spun like a tumbleweed in Belize, I get on the beat and bleed (Bleed)
Sacrifice of livin' and bein' to please deities
Them were VVs, flood the big Nefertiti piece (Ayo) 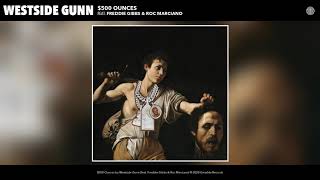