[Intro: ? & Westside Gunn]
It doesn't stop for him
Walks on
Grr, ayo
'Cause he don't want you to know that you can walk on the water
Well, I'ma tell you right now
Grr

[Verse 1: Westside Gunn]
Ayo, rocking Calabasas out in Calabasas
Tuck the MAC in, Off-White fatigue with the army patches
Allah save 'em, suede sweatsuit, Palm Angels
Star spangled, Draco blew his head off from all angles
Alchemist cool, hoodies bool, sipping Veuve
My lil nigga dropped out the first day of school
Dropped tears when I wrote my celly, Louis slides
Doctor Romanelli hold the Desi, switch the bust to the gold Presi
Who that nigga usually shoulder laying on?
Ten thousand dollar sofas, plug loafers made from cobra
Handle rock like Villanova, gave him cold shoulders
But the neck colder for them TEC toter
Get the Lex chauffeur, yo (skr)
I dare one of y'all to step on the Waverunners
Plain summer, hit the west coast, his brains in the luggage
Make you suffer, but you love it (ah)
Make you suffer, but you love it
(Boom boom boom boom boom boom boom)
Wayne bucking, chain tucking 'fore it's took
You want a yard but you shook
My nigga went to trial and got cooked
He should've looked both ways, I got rich off of cocaine
Yours never came back, what a shame

[Verse 2: Benny]
Yo, ay, look, my dog'll slit your throat for a brick of coke
He walked in the credit union, then he slipped a note
A new Ferrari, ticket price, that's what my kitchen grossed
Illegal business, my scale off balance, and my blender broke
Griselda on another run, and that's major facts
And y'all put guns in hands of niggas you know ain't gon' clap
I got the .38 on strap wearing Raiders black
We switch pistols, did missions, then traded back
Born in the era, in the '80s with the smokers
Hit the corner and they cop with a baby in the stroller
Saw my family on drugs, that's what made me whip the soda
If I don't answer for the plug, that's gon' make him miss his quota Uh huh, it's crazy, we came up from doing all this evil
Sold dope with so much cut that it clogged they needles
And being real, for this long, gon' be hard to equal
This for the hustlers who got on and fed all they peoples
My niggas stand up, my Glock shoot straight
Crime do pay, these Nike boxes not for shoe space
Y'all got due dates, for one charge, did time in two states
I put pictures of my kids up, applying toothpaste, uh
This gon' be a real heart breaker, and I stand by it
Can flying, blowing at your head like a hair dryer
East side nigga, my whole hood full of Scarfaces
Guns in guitar cases, blood on a long apron

[Verse 3: Busta Rhymes]
I cut coke like I'm chopping beats, they call me Mr. Walt, bae
Master, the chef, I'm cooking coke, they call me Salt Bae
Bitches'll bag my crack while I f*ck 'em in a short stay
Niggas'll brag 'bout flipping coke while I somersault the yay
"Your coke good, but you'se a worker"
Is what you're supposed to say
At a hookah lounge with a waitress serving coke
Now sniff it off the tray
While I celebrate a birth this evening
Pop the bottle cork and spray
Pipe your bitch 'til she sleeping
So my bread, you'll be forced to pay
Cocked, now I'm letting off the K, developer
Molding and shaping the predator
Better off the prey despite how kneeling they often pray
It's like I'm still bagging crack with Fredrico
Blade accidentally split your finger
Blood mixed up all in the perico, bendito
Sorry for all of you niggas that became victims while we count your bread over mojitos
Fabulous imported fabrics even when I'm in my street clothes
This motherf*cker distribute butter
Like I'm spreading it on wheat toast
So much bread the money bag swell up, we getting it in each loaf

[Outro]
Because he don't want you to know that you can walk on the water
Well, I'ma tell you right now 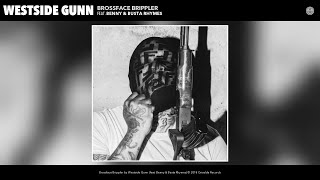