[Verse: Westside Gunn]
Ayo, flyest nigga since Apollo Kids, praying over Pateks
Grab the coke pots, you know what time it is (Ah)
The pink jacket is on, what's happening, it's me, lord
Loading teller racks, two MACs, I paid a G for 'em (Grr, grr)
You score once, we score three times each rhyme
FNH in the Just Don Levis, he fly (Ah)
Face hit the Fendi knee high, don't even reply
Ready made duffles on the G5
Ready made frog mask, don't get hogtied
Flygod, the flyest nigga of all time
Live for home invasions, catch you naked where the safe at
ASAP, .40 in your mouth, make you taste that, straight jack (Ah)
Bricks on top of bricks, that's mine
If he drop 'em and them shits come back, I'm fine
Ahead of my time, push the Bimmer A to the 9 (Skr)
Yo, Allahu Akhbar, you niggas still eating swine Niggas scared of my prime, the dominant, you the opposite
You should see the wrist when I be locking it (Whip)
Jack some moccasins, kick the f*cking door down up at Maxfield's (Boom boom boom boom boom boom boom boom boom boom boom boom boom boom boom boom boom)
Dope shot the nigga wearing his hat still

[Outro: Keisha Plum]
So sang the blues like Bessie
Poetry composed like Dizzy Gillespie
Midnight with Sabio on my lips
Midnight romance sprayed against my tits
The conversation got a little dick
I'm sizing up every exit
We had work coming up from Texas
Smoking Gorilla Glue with a razor in my jaw
His timing was slightly off
And before he could react
It was blown by a sawed off
Been through the worst of it
Crawled through the dirt for it
City full of murderers
Say prayers in church for us
Grimier than Michael Myers
Murk you with a pair of rusty pliers 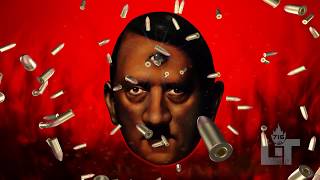