[Verse 1: Westside Gunn]
Ayo, Ks out the Huracan
One nigga landed on the roof, word is bond
Fashion Week seats, I could've tripped the bitch

[Verse 2: Conway]
Whip the fish, leave the kitchen gave my wrist a kiss (mwah)
Phone click and shit, I got all of these licks to hit (hello?)
Griselda, bitch, you see we getting rich

[Verse 4: Conway]
And what's left of his brains was on the porch steps
Razor hit his neck and his vein, nigga, I tore flesh

[Verse 5: Westside Gunn]
Ayo, seen him on Perry, hopped out the Corvette (skrt)
His brains landed on Fairy he didn't snort yet
Yo, Geiger, I need more checks

[Verse 6: Conway]
More less, we all fresh
Teaching '97s, I'm a rhyming legend
Youngin fired his weapon, and slide a shell inside your melon (talk to 'em)

[Verse 7: Westside Gunn]
The Wraith hold a miller, hold the shillings
Load the biscutits on codefendants
The loafers boa constrictor, the cobra lift up
The FNH and the 424, this just so pure

[Verse 8: Conway]
Pass shorty the plate, I told her sniff some more
The plug's sister, we kicked his door and ripped his floor
We left out with grace and more
Celebrate with a fifth from the liquor store
Then sip some more (we drinking, nigga)
I pop biscuits off, your top, I lift it off, Conway

[Outro: Bobby Heenan]
Everybody wanna get rid of me 'cause they're jealous of me
My whole life everybody's been jealous of me
Everybody's been worried about me my whole life
They've done this to me, they've done this to me Don't you call me weasel either, pal
No, I didn't, I think you're paranoid
You said, no you said it
You called me weasel and I heard you
I wanna sit down that chair
I wanna guide my men
I don't want to get in there
I don't want some guy, 7'4", putting his dirty, filthy hands on me
I don't want some guy, hillbilly, putting his dirty, farm hands on me
And I'm gonna tell you what's gonna happen
I'm used to getting the handicap 'cause it's 2 of you and 3 of us
It's a handicap in Europe

[Verse 1: Conway]
Look, AMG63 driver
Blood bottoms match the pedal, shit'll screech tires
Please try us, nigga, we fire (we good)
Keep firing, no cease fire (brrt)
f*ck it, pull out his teeth with these pliers (hah)
You p*ssy, you can't even take a seat by us (f*ck outta here)
My respect not only demanded, it's required (facts)
You f*cking with a $2000 sneak buyer (uh huh)
Such and such and them was winning
Griselda leaped by 'em

[Verse 2: Westside Gunn]
Ayo, Club Salmon and oyster
It's cocaine, shit, you can tell by the moisture
3 man cells, I had the most mail
Selling cracks in the rain
Fiends on the Stone Island coat tail
The Bentley on Rodeo (skrt)
The Wang ain't cheap, cop more yayo
Beat face Presi on the yard
Soon as the f*cking doors pop, stab a guard
Beamer i9 with wire guts
I know some real dreads that'll chop your arm off
For the f*ck around, Lord, your time's up, fire tucked
Rachel's bouffant look, caught him at the showers for 5 books
Papi
Ayo, caught him at the showers for 5 books
Papi 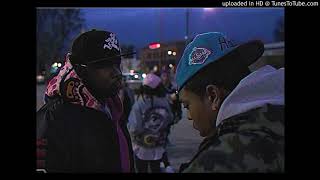