I know it's very bad form to quote one's own reviews, but I would like to mention something that the new york times said about me a year ago which I've always treasured -- they said: "mr. l
's muse is not fettered by such inhibiting factors as taste".

Now we come to that peculiar bit of americana known as the football fight song. I was reminded not too long ago, upon returning from my lesson with the scrabble pro at the harvard club in boston
The days of my undergraduacy long ago when there used to be these very long saturday afternoons in the fall with nothing to do -- the library was closed -- just waiting around for the cocktail p
S to begin. and on occasions like that, some of us used to wander over to the... I believe it was called the stadium, to see if anything might be going on over there. and one did come to realize
The football fight songs that one hears in comparable stadia have a tendency to be somewhat uncouth, and even violent, and that it would be refreshing, to say the least, to find one that was a Ore genteel. and here it is, dedicated to my own alma mater, and called fight fiercely, harvard.

Fight fiercely, harvard,
Fight, fight, fight!
Demonstrate to them our skill.
Albeit they possess the might,
Nonetheless we have the will.
How we shall celebrate our victory,
We shall invite the whole team up for tea
(how jolly!)
Hurl that spheroid down the field, and
Fight, fight, fight! 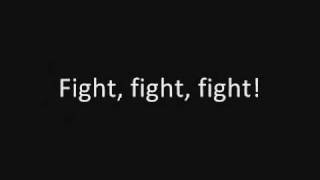