The Vatican Rag
Tom Lehrer
Hanukkah In Santa Monica I Wanna Go Back To Dixie I Hold Your Hand In Mine I Got It From Agnes George Murphy Fight Fiercely, Harvard! Everybody Eat Clementine Whatever Became Of Hubert Be Prepared
Tom Lehrer wiki The Vatican Rag video Tom Lehrer twitter


Another big news story of year concerned the ecumenical council in rome, known as vatican ii. among the things they did in an attempt to make the church more commercial was to introduce the vern
R into portions of the mass, to replace latin, and to widen somewhat the range of music permissible in the liturgy, but I feel that if they really want to sell the product, in this secular age,
They ought to do is to redo some of the liturgical music in popular song forms. I have a modest example here. it's called the vatican rag.

Do whatever steps you want, if
You have cleared them with the pontiff. Everybody say his own
Kyrie eleison,
Doin' the vatican rag.

Get in line in that processional,
Step into that small confessional,
There, the guy who's got religion'll
Tell you if your sin's original.
If it is, try playin' it safer,
Drink the wine and chew the wafer,
Two, four, six, eight,
Time to transubstantiate!

Make a cross on your abdomen,
When in rome do like a roman,
Ave maria,
Gee it's good to see ya,
Gettin' ecstatic an'
Sorta dramatic an'
Doin' the vatican rag!
Explain lyrics
Correct lyrics 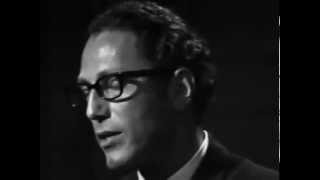