The Irish Ballad
Tom Lehrer
The Vatican Rag Hanukkah In Santa Monica I Wanna Go Back To Dixie I Hold Your Hand In Mine I Got It From Agnes George Murphy Fight Fiercely, Harvard! Everybody Eat Clementine Whatever Became Of Hubert
Tom Lehrer wiki The Irish Ballad video Tom Lehrer twitter


Now I'd like to turn to the folk song, which has become in recent years the particularly fashionable form of idiocy among the self-styled intellectual. we find that people who deplore the level
Rrent popular songs -- although I admit they do seem to be recording almost anything these days. have you heard sesue hayakawa's record of remember pearl harbor? these same people who deplore th
El of current popular songs and yet will sit around enthralled singing jimmy crack corn and I don't care or green grow the rushes, oh! -- whatever that means. at any rate, for this elite I have
An ancient irish ballad, which was written a few years ago, and which is replete with all the accoutrements of this art form. in particular, it has a sort of idiotic refrain, in this case ricket
Kety-tin you'll notice cropping up from time to time, running through, I might add, interminable verses. the large number of verses being a feature expressly designed to please the true devotees
He folk song who seem to find
Singing fifty verses of on top of old smokey is twice as enjoyable as singing twenty-five.

This type of song also has what is known technically in music as a modal tune, which means -- for the benefit of any layman who may have wandered in this evening -- that I play a wrong note ever
And then.
[piano]
This song though does differ strikingly from the genuine folk ballad in that in this song the words which are supposed to rhyme - actually do.
[piano]
I, ah, I really should say that - I do not direct these remarks against the vast army of folk song lovers, but merely against that peculiar hard core who seem to equate authenticity with artisti
It and illiteracy with charm.
[piano]
Oh, one more thing. one of the more important aspects of public folk singing is audience participation, and this happens to be a good song for group singing. so if any of you feel like joining i
H me on this song, I'd appreciate it if you would leave -- right now. 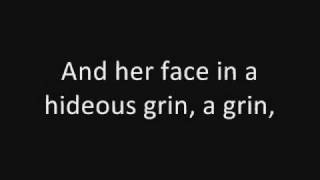