I should like to consider the folk song, and expand briefly on a theory I have held for some time, to the effect that the reason most folk songs are so atrocious is that they were written by the
Le. if professional songwriters had written them instead, things might have turned out considerably differently. for example, consider the old favorite, with which, I'm sure, you're all familiar
Ot;clementine", you know:

In a cavern, in a canyon,
Dadada dadadada...
A song with no recognizable merit whatsoever, and imagine what might have happened if, for example, cole porter had tried writing this song. the first verse might have come out like this:

In a cavern, in a canyon,
Excava-ha-ha-hating for a mine,
Far away from the boom-boom-boom of the city
She was so pretty, what a pity, clementine.

Oh clementine, can't you tell from the howls of me
This love of mine calls to you from the bowels of me.
Are you discerning the returning
Of this churning, burning, yearning for you-oo-oo... ah-ah...
Well, supposing at this point that mozart (or one of that crowd) had tried writing a verse, the next one might have come out as a baritone aria from an italian opera, somewhat along these lines:

Drove those ducklings to the water
Yeah brach! doddley doo doo uh ah!
Ev'ry morning like 9am
Ooh pah! de do de do do do, biddley da!
Got hung up on a splinter, got a-hung up on a splinter
Cloo ge mop! huh huh!
Do de do de do do do
Fell into the foamy brine, dig that crazy clementine, man!
To end on a happy note, one can always count on gilbert and sullivan for a rousing finale, full of words and music and signifying nothing.

That I missed her depressed her young sister named esther,
This mister to pester she tried.
Now her pestering sister's a festering blister,
You're best to resist her, say i.

The mister resisted, the sister persisted,
I kissed her, all loyalty slipped.
When she said I could have her, her sister's cadaver
Must surely have turned in it's crypt.
Yes, yes, yes, yes! 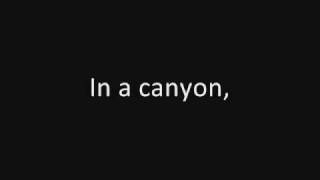