The Folk Song Army
Tom Lehrer
Whatever Became Of Hubert I Wanna Go Back To Dixie I Hold Your Hand In Mine I Got It From Agnes George Murphy Fight Fiercely, Harvard! Everybody Eat Clementine Bright College Days Be Prepared
Tom Lehrer wiki The Folk Song Army video Tom Lehrer twitter


One type of song that has come into increasing prominence in recent months is the folk-song of protest. you have to admire people who sing these songs. it takes a certain amount of courage to ge
In a coffee-house or a college auditorium and come out in favor of the things that everybody else in the audience is against like peace and justice and brotherhood and so on. the nicest thing ab
Protest song is that it makes you feel so good. I have a song here which I realise should be accompanied on a folk instrument in which category the piano does not alas qualify so imagine if you
That I am playing an 88 string guitar.

We are the folk song army.
Everyone of us cares.
We all hate poverty, war, and injustice,
Unlike the rest of you squares.

There are innocuous folk songs. Yeah, but we regard 'em with scorn.
The folks who sing 'em have no social conscience.
Why they don't even care if jimmy crack corn.

If you feel dissatisfaction,
Strum your frustrations away.
Some people may prefer action,
But give me a folk song any old day.

The tune don't have to be clever,
And it don't matter if you put a coupla extra syllables into a line.
It sounds more ethnic if it ain't good english,
And it don't even gotta rhyme--excuse me--rhyne.

Remember the war against franco?
That's the kind where each of us belongs.
Though he may have won all the battles,
We had all the good songs.

So join in the folk song army,
Guitars are the weapons we bring
To the fight against poverty, war, and injustice.
Ready! aim! sing!
Explain lyrics
Correct lyrics 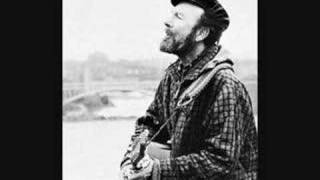