With My Kin Lyrics

With My Kin Lyrics


[Verse 1]
Magic spell cast effortless
Spat it that well, can't quell the mass exodus
Left my shell, I'm swell, no longer reticent
Leave a troubadour at a loss, but not a deficit
Striking through your core is the boss, my class is evident
Permanent too, it' s tatted on my DNA
Pertinent news for these actors at the VMAs
While you snooze, my crew's doing 3-a-days
Yaaaahhhh, the flow is all drudgery
Hydrofluoric bars I discard dissolve cutlery
Sharpen your skills, not marketing deals
Shot targeted kill, I feel they can't f*ck with me
Hmmmm, much practice on the bass bump
It's why you never see the captain down in a slump
Balance flat or fat stacks of cake clumps
Mmmmm… ate a rapper, that's a great lunch
I bring the loop to its knees on the regular
Bars make the god emcees keep it secular
Looking down the line then freeze, I think I'm Federer
So these niggas dread my steeze, like the Predator
Et cetera, et cetera, shine'll damage your retinas
Can't see me until sun becomes a nebula
And it's all in the facts
Winning with my kin while I'm spinning on the wax

[Verse 2]
I often go deep with a coded phrase So keep up, Pete Flux is the sobriquet
Flow on a yo-yo, it never goes astray
Have a harsh critic harken back to olden days
When some lifers in a cypher spit a quote cray
And had some heat radiating on the coldest day
It still happens, but cameras film bill stacking
So fictitious, I'm spitting to make the ill happen
Too many lies, chosen few got the spoken truth
Too many guys, talk a mansion with an ocean view
Too many sighs, but my plan is just to soldier through
Look in my eyes, from my vantage point I'm overdue
Aaaaaaccchooooo, too sick, niggas shit deceased
I don't miss when my right brain grips the piece
Guess nobody out there read the mission brief
But I got my girl behind me like I'm from middle east
Beast. There are many words to reach your dome
Switch up the tempo to make a thesis known
Machine in mental of all the sleepless clones
Under a spell, hell, to each his own
Don't keep the real you buried deep inside
Limited time until we stare down the reaper's scythe
And it's all in the facts
Winning with my kin while I'm spinning on the wax 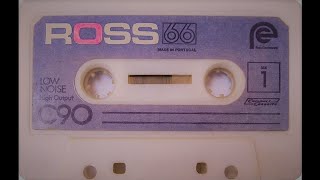