[Verse 1]
I flick the switch on, now I've written sick song
One crack at bat, I swing and it's gone
My raps and tracks are never split long
All because the high you'll get from this song
Is the inhaled smoke ripped from six bongs
All at the same time, a crime I'm this strong
Like attractions dudes have for Ms. Wrong
And the attitudes of the mainstream
About the the avenues used to get to your dreams
That we aspire to, with crew on the scene
I'm tryna get these words moving, moving
My competition want my movement losing
But that don't matter cause I'm proving music
Is still alive in the genre
I'ma spit a single full of double entendres
Triple up the money then I'll focus on the commas
If rap had a school, I'da graduated honors
Rare as a nazi that celebrates Kwanzaa
Rare as a Ferrari traded in for a Honda
Bonkers, send over a beat and I will conquer
When I choose to dip I wanna be missed
My eternal sunshine will leave a rapper crying
Heard your boy spit, they forgot he exists Erased from the mind with unstoppable hits
Bitch!

[Verse 2]
Kyrie Irving when I be serving
Straight out the gate, I'm an ace with the wording
Pretty fly state in my twenty five eight
My flow is outer space. What's the fate of an earthling?
Dunzo. I'm just being frank up front
Kinda like a hundo, my bars never run low
Me on the beat, NRA at a gun show
Analogous, been set my metaphors to gung ho
Meaning I'm dedicated
Poetry elevated, this murder pre-meditated
They heard it then imitated all the ways that I said it
I'm killin' em so Parental aided and abetted
My cadence and my message got em taking anesthetics
Bringing too much pain and my crew sustained
Making up all these records in a ruthless game
I'm assuming it's the same, I'm prepared for the worst
Saw a rapper slain over there in a hearse
He was pressured to be something that he wasn't
His career is now buried in the dirt
And his words still mean nothing
Not a cautionary tale, but that is how you fail
If you can't see that, you need to learn Braille
And feel how the beat bumps, word to Andre 3K
Tryna keep lyricism alive down in the A
Nigga! 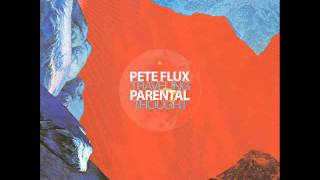