[Hook]
Everything was fine, used to listen all the time
Then, all these rappers they lied
So now I'm in the booth, been scribbling the truth
Since a young nigga was yay high
Nothing left to do but kick it with the crew
And a bottle of Prosecco, stay fly
Posted in the back, we're the dopest on the tracks
If you feel em' motherf*cker say aye

[Verse 1]
Class act squad with a swag that's odd
My people don't do it like them
Rappers think they gods cause they talk about the Ms
We're all gonna die so we're equal in the end
Flow is psychotic, the buzz the byproduct
Because when I jot it we ain't equal with the pen
Break. Akromegalie digging in crates
Diluting wack nigga intake
Spit that raw and my hits crack jaws
Coast in second gear, still dispatch y'all
With the ease, check the speed while your engine stalls
Flux is long gone like a ten cent call
Pause. Vienna nights, some of our best Cause, the death of mics, people to step
Ball, that's what we'd like, but not as yet
Me and family upping the ante to get respect

[Verse 2]
Showed up at Brick 5 with the gear and the team
Soundcheck we get live, interfere with the scene
That's a no no young man, gotta rehearse
Bystanders chill and watch kid body the verse
Microphones for the squad like shotties for perps
Blast shotgun shells when we drop one well
Hit em' close range, it ain't hard to tell
That the people feel the vibes, your feet are under a spell
Smell, what the rock is cooking?
And we got you looking at the DJ booth
Cause this hard, live large with the truth
Kick bars so the tip jar's full of loot
By the end of the night, there were two dead mics
And two cops came to try to wrong all the rights
It was all good though, hell of a story point
Sipping bubbly, passing celebratory joints 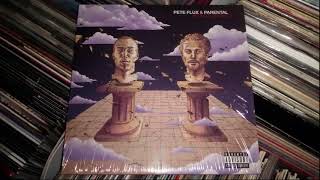