[Verse 1 : Pete Flux]
Viciousness was daddy's fault, twenties on your caddy halt
Sad adults hit with flicks from verbal catapults
Moving back to padded vaults, ran away from that assault
Laser beams breaking seams, didn't think I had em' caught?
Dreams of making cream now shattered thoughts
Status naught, black on black crime, flatline your heart
Still, like my whip when I have it parked
Chill, like my clique when we at a park
Ill, what I spit when I'm rapping sharp
Kill, blood drips near this rabid shark
Mils, what I'm headed for, wetted your
Metaphors, edit or pull out the tarp
Let it pour. You should pull out the ark
Have a rapper farce out there fishing for carp
My aim? To make a target of those missing the mark
Bars been eclipsed, pen your writtens in the dark
Magnificent from the start, the flow is hella frenetic
I shut down loops, I'm Syd telekinetic
Pulling up the ground's roots if you wanna set it
Off, quotes make you croak, my mind is lifting oaks
Try to get me with a heightened sense of super stealth
They wanna kill me cause they're frightened of my future self
Just remember with this music I'm a gamechanger
So while you make it rain, I'll be the Rainmaker

[Verse 2 : Hex One]
There's no deflecting the unexpected respect it or get the bootleg
Hex be the next to bless it while hecklers inspect the blueprint
Parental just grabs a record to stretch it and make some music
And check it the way I wreck it shit Tekken is less abusive
You students get tutored when we shoot and uproot a frenzy
Maneuver with fluid moves that a loser would view with envy
Get suited with lucid cues that confuse you like Rubik's cubes
In the booth when my crew is spewing computers is rudimentary
A sentry detecting targets the margins get chewed eventually A lengthy sentence when sending you bars with included entry
This human's deadlier than walking mars with a suit thats empty
Must be new to this universe as foolish as dude to tempt me
Who's the mc that kills shit quills is drill bits
Real sick gets bills but still reveals ribs
Grills kids but chills and builds with ill niggs
Then peels with the steel to fill wigs its Hex One

[Verse 3 : Tek-Nition]
Hit ya set with an army of droids
My main objective is to bomb and destroy
The bars I deploy so quick that I can spar em' with Floyd
I'm thrill seekin' you can catch a bad real beatin'
The last nigga that got it man his ass still sleeping
So back it up cuz you ain't got the right rap with these
Unbalanced maniacs treated for special psychiatric needs
Screw loose with every nut, think I can screw with every slut
Think they're obsessed with me but really I'm delusional as f*ck
I panic and stress strung off loratabs and excedrin
Manic depressed who drinks sulphuric acid with medicine
Break down ya molecules, restore em' back to its elements
While sipping on rocket fuel to puke it back in a jet engine
Its never been a psycho assassin, I'm Michael Myers and Manson
That's strapped to a time bomb with fuses and wire attachments
Gas in my left hand, my right one with lighters and matches
Just waiting to blow this motherf*cker to fire and ashes
That's my reaction off Vicodin tablets
What you dare me to do cuz bitch if I was you I'll be scared of me too
But that's between you and I, you rival with mic theory now that's f*ckin' suicide
Do or die. Who am I? Shit... just a psycho on psychedelics
With trifling antics and plus a rifle expanded lens and a right to command it
You will need lipo and anesthetics, this knife in my hand, shit I can stifle ya glands in seconds
And slice you to fragments and send you right to the paramedics or Christ in a flash
You wouldn't like if I spaz and wreck it, your life's in my hands
I'll light you up with these pyrotechnics
Tek from Epidemic's a viral phonetic motherf*cker we MDs
[Hook] 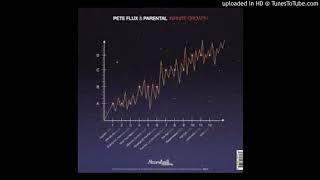