[Intro: Rob-O]
The Illness, Pete Flux, DJ Parental, for your mental, you know the style

[Verse 2: Pete Flux]
This cut is old school like a Cutlass
Mitch Martin swag boy, catch me on the uptick
Plan is to bust this, hands on your muskets
But they're too slow, flow bland and it's rustic
This is a must hit, rhyming quintuplets
Got these rappers screaming it's a social injustice
And I got soul so my vocals never lustless
Haven't found yours? Let me help you get in touch with
It

[Hook: Pete Flux & Rob-O]
We the illest in here
Gonna spit some boss flows on these consiglieres
Prick up ya ears, Pete Flux sick and severe
Homie class is in session get cha syllabus clear
Rob-O and Pete Flux hip-hop survivalist

[Verse 3: Pete Flux]
Name ain't Tito, but I make my mama proud
I share with the people, never bring the drama loud
Plotting on the sequel sitting in my domicile
An eagle to these seagulls, but I'm covered by a shroud
Of society's malaise, a maze of low standards Plethora of food that's made to grow cancers
But it's just a phase, the brain gets so hampered
Smashing on these slaves that's paid with no answers

[Verse 5: Rob-O]
Can you see what we see ? Feel what we feel ?
New York, Atlanta to Paris the shit is ill
The flow is global
Rob-O and Pete Flux world famous supreme team
Your favorite rappers, favorite rappers that's my intro
It's been so, since I picked up the pencil
Dj Parental, instrumental for the streets
Shout to Pete Rock, Heavy D, rest in peace

[Verse 6: Pete Flux]
Aiming for the top spot saying I'm a hot shot
Buzz cooking slow like I threw it in a crockpot
Getting the respect of a samurai's top knot
Taking you apart like I'm working in a chop shop
I am good press, you're an actress with a crotch shot
Skipping on the track so my lyrics playing hopscotch
Now it's going down, I'm glad you discovered it
This is how ill sounds if you were to double it 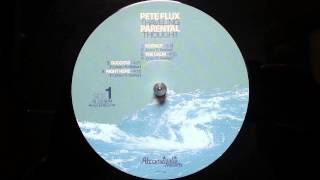