[Verse 1]
Somewhat of a neophyte, make you niggas see the light
Cause I spit that real life, competition stunting
Don't let me even see a mic a night I got my breathing right
I'm always eating right when I'm competition hunting
You calling me a purist? I'm calling you a tourist
That don't belong here, even if your song clear
My flow is the surest, yours considered porous
Bars had a shortage, and fell in the wrong ears
Mine, nigga I can't listen to the garbage
Calling people haters when your shit is just the farthest
From dope, doesn't matter if you have ten cars and a boat
And a model getting lathered with a bar of a soap
Purchased from a store that a nigga can't approach
Who the f*ck cares? You can't even hit snares
So many styles, I got ya crew swarmed up
Corny niggas I'm just getting warmed up

[Verse 2]
Started in 06', ever since been focused
Parental with his prints all over an opus
Le Makizar and Lex in ya deck is so sick
Put it all together and the opposition's hopeless
Composition dopest in the French dialect
No weak links in the entire set
So me thinks that an empire's next
Cause Parental got the beats that'll inspire vets Yep. Middle fingers to the jealous
You fellas need to sit your ass down like a cellist
They tried to unite, people weren't on board
Continued to write, always searching for more
Haters are trife, cause their vision is poor
The way of this life, time to settle the score
He sent over beats, now they're getting torn up
Parental he just getting warmed up

[Verse 3]
Rose from my bed, the words followed after
Asked my nigga Will if the bars were a laugher
He was like, “Nah nigga that shit's ill
I'ma let my homie Tommy hear you spit for real.”
I got a couple beats, crafted the lyrics
Told em I was done, he was asking to hear it
Heard me kick a rap, on the spot made a pact
We would post a bundle of some wonderful tracks
We're doing just that, offshoot was an email
Short, to the point, with very little detail
Guess who it was? He said the flow was crazy
Rob-O, Grap Luva who he worked with lately
I was like “Damn, that's kind of a big deal.”
Ever since, been working and keeping it even keel
Fans say the beats and the bars are tough
To our style, I think they're warming up 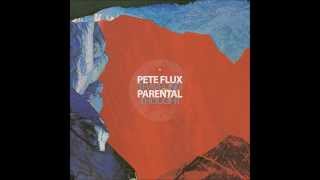