[Guns Of the Navaroneintro]
A one, and a two, and a

[Verse 1: Acumental]
I'm a sad sack in a wet blanket
Got a bad back and my neck achin'
Networkin' like Ned Beatty
Making these rap words resonate like I'm detonating an M80
It's unconscionable
Bounce to the flow
Tryna take an Oscar home like Alfonso Cuarón
I been watching the throne from binoculars
Hov and Kanye can move over
Clear a spot for your bro
Crowds see the vowels shine while the consonants glow
I'm not gonna blow my only shot, I want you to know
So confident and pompous, finna conquer the globe
They honor us on every continent, go on with the show
We only measure the growth if it's organic
Under pressure, I profess it to grow even more manic (Woo!)
The porn addict purportedly formed habits
Born to distort static and organize pure havoc (Oh)
Then I return to my habitat after curfew
Sporadic word use
Chirp like I had the bird flu
Out of patience, we view urgency as a virtue
Ridicule my crew and I'll certainly have to hurt you (Ow!)
It's verbal surgery, sure to scramble your circuitry
Searching for currency, I secure the bag and I splurge
The burglar snatchin' your purse
Thirty grand for a verse
Rehearsin' after rehearsal?
I heard it actually works (Uh)
Term and Ac on the verge of breakin' through to the other side (Woo!)
Scratchin' the surface, I burrow past and emerge (Yeah)
Castin' a curse, routinely battle the urge
To sever several heads while I'm reenacting The Purge
People lackin' the courage
I lead the pack, so follow me
Quantum leap, no job completed improperly
Pop a three at the top of the key, nothin' but net (Swoosh)
Enter with elegance and I leave covered in sweat
Third party

[Verse 2: Term K]
Stank Face like smellin' a fart
Term might term y'all elephant art
Can't tell 'em apart Maybe 'cause you low brow
And the gods ain't grace you with the know-how
Without regrets, then you haven't grown
I'm not impressed with the status quo
Lost in the rabbit hole
Tunnels and catacombs
Roar of the cannonball
Guns, they're never wrong
Bungee jumping above the pungy stakes
It's all fun and games 'til the bungee breaks
No double takin', this is f*ckin' live
So you better shuck and jive for the drunken apes
Treat the booth like a octagon
Seek the truth then speak it too like a prophet
Some people do it for passion, some people do it for profit
I'm on the rocket like Hakeem Abdul Olajuwon
I'm the conjurer of conjugation
I stay confusing arguments for conversations
And I wrote this in my mama's basement
I ain't even wanna, I was obligated
If the people starvin', I'ma feed 'em crumbs
Finna beat the charges, finna beat the drums
Just a bleeding heart with some bleeding gums
Puffin' a cheap cigar with my wheezing lungs
I've eaten drugs just to keep me numb
I've eaten drugs, preachin' peace and love
I'm touchy-feely like Stevie Wonder, dearly beloved
The speakers thumpin' and the people start to speak in tongues
What have we become?
Purpose says you're cultivated
Pull your weight or you'll be murderous and full of hatred
Somebody told me I was going places
I said thank you, they said, "You're welcome, but don't overstay it"
Buyin' swishers in a pack of six
Roll 'em all, smoke 'em all
Hits me like a sack of bricks
Dawg, this shit like a acid trip
White rabbit, dawg, shit is like a magic trick
Uh, and it's all vitriol
Got a couple problems but they all pretty small when you put it in perspective
Rookie with a deathwish
Lookin' like a freshman but it's varsity ball
Third party

[Outro]
One, two, three
What do we need a third party for?
This acts as the third party
Yeah
Explain lyrics
Correct lyrics 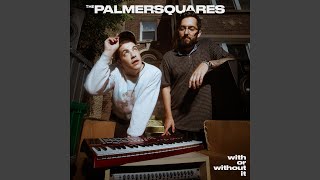