[Verse 1: Term]
It's every man for themselves though
I never answer my cell phone
Nodding my head to a bell tone
It's well known, I sell smoke by the elbow
"Hell no, we don't play that", said the haystack to the needle
Tell your homies to hang back and save that for the sequel
"Hell no, we don't play that", said the stray cat to the caged rat
I'm amazed that you can take it, I take it you finna get payback
Modern man is a weasel, not a man of the people
Got a tank full of gas, got a bag full of diesel
Got a canvas, an easel, I need a bucket of paint
They said I wasn't a saint, I said, well, f*ck if I ain't
Stupid dumb, he an imbecile, to be one, indivisible
You curmudgeonly critics is too begrudging and cynical
The crew run, run a clinic on the globe
Mama told me not to worry, Papa sold us down the river, rock and roll
My vision blurry, in a hurry, so quick to call it a tragedy
Yo bitch calling me daddy, Rohypnol in her daiquiri
Savage, Term is a caveman, planet turned to a wasteland
Since I've been in the game really haven't made any game plan
Need to know what it is first, speak the holiest scriptures
See me holding my dick if you see me posing for pictures
We ain't no f*cking hipsters, everybody raise your fist up
If you love to play the victim, if you love to blame the system
Shutter speed, cut a sequence, luckily I'm a genius
The company I keep is underneath what beneath is
Somebody's gonna see this, we look like a bundle of sticks
We look like a couple of dicks, Puppetry of the Penis (Ha)
Submarines in the deep, submachines in the streets
Keep a cool exterior, you're bubbling underneath, uh [Verse 2: Acumental]
I'm a knot in the yarn, spin me a web
Intolerant heart, sick in the head
Bodily harm when I sound the alarm
At the top of the chart like I did it again
Don't forget what I said
My squad will be stomping the yard, that's physical ed
Spock and Picard on a fictional trek
Hop in the car then I whip it and wreck
You're not up to par, give me respect
Flipping a deck of Monopoly cards
Hotter than carne asada
We got us a bottle so I'll take a shot in the dark (Ayy)
I'm on a rocket to Mars (Ayy)
Jotting phenomenal bars (Ayy)
See, while you've been dropping your guard
I've been watching our marginal profit enlarge
Rowdy as Roddy, I'm really a radical
Erratically writing a rap, I get rid of derivative rhythms
And rip unoriginal writtens to bits, I'm an animal
Grammatical brilliance with the infallible wit, yo, it isn't compatible
Rockin' and rollin', I'm outta control with the diligence
I never get a sabbatical (Oh)
I find it annoying to ramble (Shut up)
Ironically pouring my damn soul into frivolous shriveling diction
Lit as the pinnacle point of a candle (Lit)
Nine of 'em on a menorah (Oh)
Bible, Koran or the Torah (Woah)
Destroy ya, Sodom, Gomorrah
Knock at my door and I've gotta ignore ya
We're better than ever (Woo!)
Feeling ready whenever, never need to warm up
Fall asleep in Tahiti, wake up on the floor in Florida
I'm like an orchid to aqua
These borders were meant to be crossed
So top of the morning from a corridor in Bora Bora, bitch, I'm a boss (Bitch, I'm a boss)
But I can't pretend that I'll ever be comfortable trusting myself
If you ask me, I've never been anything other than somebody else
What in the hell is the matter with y'all?
Charlatans don't have a dog in the fight
Arguing over the wrong and the right
A target to all, and to all a goodnight
Explain lyrics
Correct lyrics 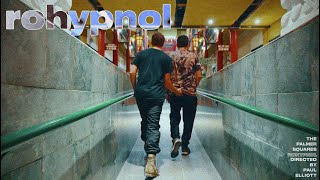