[Verse One]
So there are no misconceptions let's clear it up
I'mma spit it from my heart, I'm tired of tearing up
Why won't you just admit, I was ready to commit
You was on your material shit like my ring wasn't good enough
I put myself at a disadvantage, emotional manners
Could barely manage to wake in the morning, was so sad
Drowning myself in alcohol, and blaming it all on myself
And my financial status wasn't even that low
You promised you would love me even if I went broke
You promised to love my previous children, what a joke
We knew the end result when you're mom called me a nigger, I never considered
The woman that I'd take a bullet for would be the same one behind the trigger
With like a great conversation stopped in mid-sentence
She said she'd changed her mind, her new one hasn't made a difference
To light your cigarettes I would've set myself on fire
Loving you more than I did myself but felt I was on trial
You did what was best for my child no problem so I moved in
You'll always be found guilty in the court of a one side chick
Was one of them relationships where nobody smiles
But it was cheaper to keep her like a lease when you over the miles
Someday you'll wake up knowing that you lost a precious diamond
While you were out collecting regular stones, so trifling
Go 'head and live in Gomorrah, you ain't taking my daughter
Wanna walk out of my life? I'll hold the door open for ya
Sleep in scarlet

[Verse Two]
Now as I look up at the night sky
I'm getting really tired of playing Mr. Nice Guy
When you refused to love me back, bitch you must be high
But you're so fine and that's just making my anger intensify
And plus you thanking God, I raise my hand and testify
Then put it on my father's grave that I really tried
I went against my own life advise, you're my demise, both of us can not survive
Unless you get out of my life, I swear I've had my last cry
My name is Derek and I loved you the best way I can
My braids and famous name pierced right through your skin
Blood's my liquid love letter And your desire to be desired pushed you in the arms of who you thought was better
She said, "I swear I didn't sleep with him"
Of course you didn't, cause you was wide awake while you was cheating with him
f*ck marriage, your excuses, and f*ck your answers
And f*ck wedding rings, they're the world's smallest handcuffs
Threats of castration for every missed call
When me busting a nut on your face was better than a Hallmark card
Don't fear eight men with guns
Fear one woman with a grudge, when you no longer want the buns
My heart was a broken transmission while my world shifted
Feeling like killing a whore ass like Robert Willie Pickton
Blessed art thou amongst women though
But stop claiming you're my soul mate when you ain't even got a soul
Sleep in scarlet

[Verse Three]
I keep attracting the wrong ones like a sickness
Only time that I say "I do" is in front of "not trust bitches"
In secret I wonder if we could have weathered the storm
'Til death do us part like Adolf Hitler and Eva Braun
I'd be lying if I said I didn't have regrets
Let's get our marriage license, have 'em write it on an Etch A Sketch
I think if I went to her doorstep and she seen me hurtin'
I could turn it all around and she would take me back for certain
Maybe it's my past relationships that's dangerous
Or, maybe I was using you to fill all my emptiness
And if Picasso was alive he would've painted you
But you're insane and loose, forsaken love for (?)
The world is tainted and f*cked
We're living in a world where love's no longer appreciated, it is hated and mocked
I'm like an animal that's been kicked out of a zoo
But it's true, you are what you love and not what loves you
But now I'm riding right, cause our relationship life
Was like a bit of lemon keeping me up out of the limelight
Put it to memory how women change to vipers
And phone numbers and condoms are a lot easier to change than diapers
It's kind of bizarre and, your momma should have named you Carmen
Cause the only thing that you talk about are cars and men
You'll probably get caught up and abducted with chloroform
You can call me whatever you want, but call me gone
Sleep in scarlet 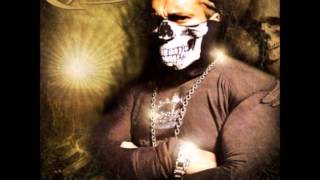