[Verse 1]
Yo, I'm rap's dirty little secret that they try to keep quiet
Till you dropped off your label and your A&R fired
But real niggas like "That's Chino, f*ck around, he gonna burn ya"
For real, I'm like a dead body coming for its murderer
Shit, you seen Chino lately? You gotta see him
What you get to make an album, I get in one day's per diem
Go 'head and live careless
Five years from now you'll be explaining to your childrens what welfare is
I'm anxious to explain to my babies why Daddy famous
I keep womens mad 'cause I'm prettier than they is
An old man, when they ask what you did when you was young
You'll say you hated Chino XL and carried a real big gun
(No more starvin') I seen more evolution than Charles Darwin
Mental revolution with physical attributes of Tarzan
I fold more papers than origami, playing you like Stymie
I'm feeling like an autograph, so many dream of signing me
Vocab extensive and glossy
Expose a flow so expensive it could drain a small Latin country's economy
Commit a verbal sodomy with a dime on Sodom who shot at me(?)
Rappers claiming original, but sounding just like Nas to me
Odds are getting dropped my me, high like Pras in Haiti's
Rips fully laced like Madonna wardrobe in the '80s
Museum is where they place these on the mount
You can hate me now, but you'll write with your left hand like Steve Stoute
Shut your mouth

[Verse 2]
Yo, hey Detroit! Show me some love Straight out of Jersey to the Slum Village
I lyrically pillage at a high percentage
And you critics keep your mouths in it like you questioned by the feds
My talent barely recognized like Kravitz without his dreads
Sprinkle my ashes all over Big Lez after I die
'Cause Chino been the illest since I was juvenile, ha
I make cash money, click, go to .380, put you in torment
Trigger finger got the realest frequent flyer mileage on it
I'm coming in the club, keep women pulling on my clothes, froze
I'm the lyrical debt, everyone I C-E-Os/see-he-owes
The illest of flows they fear, 'cause no rapper could stop me
I'm putting their careers on life support like Jody Watley's
I'm tired of S-curls, guest appearances and wack tours
You should've named your last album "What The f*ck For?"
I hope you ain't spitting them tough writtens out your mouth
Stay quiet like you Shan when KRS was in the house
Don't say a word

[Verse 3]
I been rhyming since 1986, when R&B wasn't feeling us
No rap on Soul Train, motherf*ck Don Cornelius
Now they all loving us after all that we been through
You still think I shouldn't have no beef like a Hindu?
I listen and laugh at your CD with my crew
Sound like being a fake me is better than being a real you
(Yo, is that it?) Hell naw, nigga, got more to tell
I ain't feel your albums like I swam in Orajel
XL an artist you can't control
Have MCs changing release dates like they're prisoners denied parole
Yeah, I used to rock for props and not the dollar amounts
Climbed the ladder of success leaned against the wrong house
Fake criminals, you so unfortunate
Only bid you ever did was on my old Lexus after I auctioned it
See me in the street and, straight bitch up
Keeping they mouth closed like they lips stitched up
Don't say a word 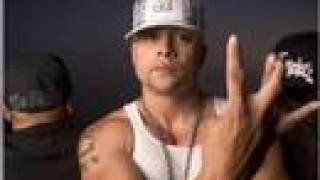