Intro:
Yo, can I represent Gravitation to the fullest? Word up. Some times I just
cool out, yeah, come on, get with it.

Hook:
Yo, it's still an ill vibe when I want to unwind
"Like you inhale, like a breath of fresh air" -Phife Dog from "Can I Kick It?"

Verse 1:
Slice like a cesarean, shoot like insulin
Hip hop lives at no radio station, penetrate you like a vaccination
Fascination do you like styro foam and crush ya
Needles in pressure points, acupuncture
You shouldn't of start no rubbish you got no indentity like Jay
You sing more blues than Sarah Vawn, easy to ruin like sued
Respect like Areatha Franklin', half asleep dark must be
But still American as f*ckin' in the back seat
Yo dig this, Your biting is constant
When I knock shit, get your wig split, I rip shit
Till I'm sweatly like Whoopi's armpits
The bomb's lit, you try to pick my style like chop sticks
No concepts, you would of met me long ago
Producers put me on hold
Now I can roast you motherf*ckers like Roticery Gold
And this whole rap world is gonna miss me when I retire
Vampire, I be setting homeless motherf*ckers on FIRE!

Girl talking:
"A-yo f*ck you, you yellow ass nigga, you ain't sayin' shit.I know you
ain't trying to diss me with that ole evil shit. A-yo what's f*ckin' with
that? Chino you ain't shit and you ain't ever gonna be shit.(aaaaaah)

Verse 2:
I put out more wax than Martin Lawrence earlobe
I rock forever, Or at least until the Jets win the Super Bowl
There's no comparing me, shocking your system like Chemotherapy
Osmosis, cysticfibrosis, Slick Rick eye could be the closest
I focus, on Naomi Campbel, but she's a leisbian (damn)
Stress me and, I'll make you see more stars than planetariums
Your horrorcore is homocore, you screamin' you Evil Live
Only played on AM and your vinyl is a 45
No Indecent Proposals cause I'm not Woody Harrelson
I ain't checkin' for you like PE's new album son
(Blurting obscenities at random) I think you got Turret
I make niggas sore like the first p*ssy Tyson get
What part of Jersy do you come from black?
The part that white people be speeding though in 6 seconds flat
They scared of death, they out of breath, they gonna get car-jacked
That's what happens when you don't recognize hipanic and blacks
Blessed by the nation, cause I'm expecting to blow up
More than Tevin Cambell is expected to have a sex-change operation (oooooh)

Outro:
f*ck all of y'all
Explain lyrics
Correct lyrics 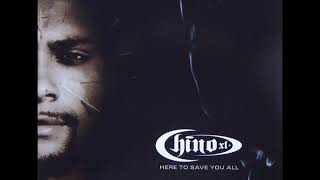