[B.E.N.N.Y]
Somebody must be praying cause I ain't ‘pose to make it
I think about it every time I see my kids' faces
My pops wasn't around and my momma was free-basin'
I was always on the grind, in and out of police stations
The legal system love to see a young nigga fumble
And all my city is, is just a young nigga jungle
They get it how they live, I watched them young niggas hustle
Bob and weave like Ali; “Rumble, young nigga rumble!”
And I was hard headed ain't nobody wanna talk to me
I was sick on filling-up on hotdogs and pork and beans
Caught a dope case, paid a lawyer and he fought for me
My momma said a prayer and my wife came to court with me
Guilty as charged for whipping that hard
Just to feel normal I had to sit in that car
But none of that matters when you sit behind bars
Did some shit and now starved, blowing sticks in that yard [?]
Nowadays they don't know the meaning of a boss
When I was up top I heard my team took a loss
The set got intercepted, my people took a charge
We ain't even sweat it, moved on, shook it off
If I was in the town that probably would've been me Whole brick ridin' in a rented SUV
Life taught me this; even freedom ain't free
I say a prayer every night, right before I go to sleep
I could've been a lawyer instead I was a gangster
All worked out for a nigga so I'm thankful
Strays hitting kids, niggas dying over paper
In my hood they still ride like I just filled the tank up
I ain't that spiritual but I'm a walking miracle
We used to be poor, for dinner we ate cereal
My grandma had died; I miss you and still cherish you
Cried in front of my whole family at the burial
My daughters probably know every verse from Rihanna
But we don't go to church so they don't know a verse out the Bible
That means I gotta teach ‘em
Tell ‘em how Jesus was a king and a prophet, you'll find him if you seek him
So, say a little prayer and put one in the air
My beef is your beef, I told my brother we could share it
I don't see how a snake can call himself a man
Stab his own in the back then look ‘ his self in the mirror
I guess we all sinners, heart colder than four winters
That headband kush kept me higher than four ceilings
In my city it can never be personal, all business
And that four-pound ‘ twist you and bend you like car fenders
I got pain in my heart, cocaine in my thoughts
Blatantly glorifying how I play with that fourth
I was ashamed to earn a minimum wage, I was taught
That crime pays and a young age I was bought
Explain lyrics
Correct lyrics 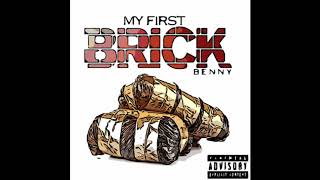