[Intro: Benny the Butcher]
Ah
The Butcher comin', nigga
Yo

[Verse 1: Benny the Butcher]
I been sellin' dreams to sleepers, nigga
Tell the truth, that's the perfect business
'Cause in the drought, I was payin' double
For some work that wasn't even worth the ticket
Plate scrapers, went to work to get it
Check my bank statements, probably hurt your feelings
How I'm in every verse admittin'
How I work a kitchen like it's Church's Chicken
What you know about takin' bags
'Cross state on a half a tank of gas?
The first around ain't a workaround
You gotta hit it twice just to make it last
Take a quarter, you make a quarter
Put that together, that'll make a half
When the coke come pressed, it's
Matter fact, I ain't tellin' niggas shit
Who are these niggas? I think they all overrated, I think they all are outdated
I'm independent but they think that I'm signed to Shady 'cause my jewelry look like I made it
Just got a house, I need a brand new Mercedes, we kickin' ass like DaBaby
I'm on the grind, I'll link with the plugs that I met one more time if these labels don't pay me, uh

[Verse 2: Benny the Butcher]
Yo, yo
I ran off the deep end
Kicked out my mama house, came back carryin' things in
I'm careful 'cause they give you five for a robbery
But they buryin' kingpins
The real trenches
War with the Feds, nigga, and I'm talkin' real business
For Duffle, was plea to a 20
They forced him to trial, he came back on appeal sentence
These investigations current, nigga, them wiretaps got me playin' it safe
Ask Earl Howard 'bout it if you think I'm frontin' 'bout that 20 grand a day This the only block on the East side
Where the dope shooters all come and get it
Quarterbackin' plays from a kitchen
How an honor student gon' become a chemist?
At my mom crib havin' flashbacks
Ten guns on me like I'm Mad Max
Put the team on with the last batch
But you niggas never gon' be half that
On the road to riches or jail bars
With some niggas that I'll burn in Hell for
I was feelin' like the cards was dealt wrong
Got my money up and put myself on, motherf*cker

[Interlude: India]
Sure enough, a few months later
It was like 7:30 in the morning
I heard some loud bangin' at the door
Benny went to the window and said, "Bae, it's the police"
I swear my heart dropped

[Verse 3: Benny the Butcher]
Yo, uh
Daydreamin' 'bout my past
Zonin' while I'm drivin', hopin' I don't crash
Loyal 'cause you feed 'em, that'll only last
Long as I'm ballin', Bulls vs. the Jazz
And before you niggas ever got some cash
I could put 200 grams on every half
That's another twenty if you do the math
Carry zeroes over every time I add
West signed a deal, nigga, I was glad
Got me out the hood, I was down bad
Still owe my plug for another half
Every time you bring my name up, he get mad
Then I turned my flip phone to a stash
Six figures, legal money, that ain't bad
Three-time felon, now I run a business
Every plug I ever met, I made 'em cash
'Fore I rode a tour bus, made a fork jump
Thirty bands on me, made me sag
I can turn your front door to a drug store
Make any kitchen to a lab
Man, I hear these drug stories and I laugh
Talkin' 'bout the coke sales they never had
Pull up on a nigga, you gon' know the pad
Only house with a Bentley on the grass

[Outro: India]
But everything is different now
Everything is legal, Benny doin' what he love to do
I don't gotta worry 'bout no more police kickin' in our doors
Our life is good
Explain lyrics
Correct lyrics 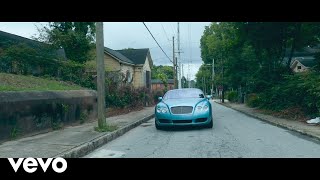 check amazon for 5 To 50 mp3 download
these lyrics are submitted by itunes3
browse other artists under B:B2B3B4B5B6B7B8B9B10B11B12
Songwriter(s): BENNY THE BUTCHER
Record Label(s): 2019 Black Soprano Family, LLC
Official lyrics by