[Intro]
Turn me up some, Shay
It's Benny
Thousand eight grams
My First Brick
Turn me up some
Ayo
They want to know why I named this joint *My First Brick*
‘Cause when I got my first brick
Tch, I can't even describe that feeling
That's the feeling you'll never feel again, man
It's like your first Benz, your first bad bitch, nigga
Your first ten stacks
Shoutout to the whole Trust
Shoutout to the whole, whole Black Sopranos

[Verse]
All for the fame, we bought cars in a chain
It's all fun and games ‘til your dog run your name
See they don't want to talk about the scars and the pain
But they'll tell you anything to keep y'all entertained
How you a boss and never took a loss in the game?
It's funny though ‘cause sometimes your loss is a gain
Never told nothing, never coughed up a name
Got my paperwork on the wall in the frame
Got my GED behind bars in a cage
Almost cried when I seen [?] crossing the stage
When I was that age, I was lost in a daze
They said it was nothing wrong, it was all just a phase
I was whipping raw, flipping hard, getting paid
The plug hit me with a bomb like he tossed a grenade
Same thing make you smile be the cause of your pain
As a man, all you got is your balls and your name
She want to take a trip, lay up all in the shade
First ride with this half a brick of raw on the train
Blew money fast, it was gone ‘fore it came
Don't forget to stash [?] when it rain
The shit got real, my dogs didn't change When you go broke, I doubt that these broads is the same
Regardless of fame, my squad's still the same
We say it's a family but they call it a gang
Is it ‘cause my clique be moving with clips and shooters
401K, none of my chicks is boosters
Penthouse suites, the rooms come with mezuzahs
Versace kicks, the shoes come with Medusas
It's Benny, nigga, every verse I spit exclusive
And I don't buy guns unless extra clips included
Before we got lit and took trips to Houston
Had a bed in the fed correctional institution
Thinking like, “when they plan on sending me home?”
Eating in the same mess hall as Emory Jones
I give you game, don't tell it ‘cause it's meant to be sold
They already know me when I bump into these hoes
I think these young niggas got penitentiary goals
He 19, but when he finish up his sentence, he old
I'm from the city where the bullets hitting innocent souls
Niggas will rob their own momma to see Benjamins fold
Still out the Garden of Eden just to sit in the road
Bitches still thinking everything that glitter is gold
What you know about being thrown out into the cold
Then get the crib with no key, you had to enter a code
Never heard of me? Shit, you probably live in a hole
Real niggas never worry ‘bout getting exposed
Got my first brick and my first lick was a zone
My second joint, the only problem was getting it home 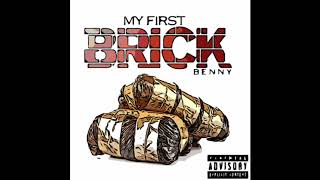