Hit-Boy
Ah
It's the Butcher
Yo
G. Ry got me

Gave my life to the game, had my mama concerned
It made her calm when she saw what I got in return
Broke my flow down, they still can't describe it in words
And all the work they say they put in, I gotta confirm
Put my hood in diamonds, so you know how my block did it
Gun come with a Carfax, you know who I shot with it
Shop with us, you know me and my niggas
Cribs not furnished 'til the garage get a drop in it
And I don't want nothing for free, they didn't know me then, bet they checkin' now
The best player gettin' drafted in the seventh round
I learned rules from the streets and wrote them lessons down
I know a hundred fifty-five thousand weigh like seven pounds

Yo, fifty thousand in the drawer, at the W with some bitches
And every time I score, it's a W for the villains
I'm somewhere in the hood, elbow rubbin' with all the dealers
Sayin', "Because of you, we ain't been this comfortable in a minute"
I beat a lot of charges, this money, you gotta pardon
I'm a boss, so my hoes too bougie for Olive Garden
Huh, rap circles 'round niggas, that's my department
Put a block in the trunk soon as I got tired of talkin'
Money don't make you solid, it just make you ten times more
Of the person you are before you got it
And all my jewels VIP drunk where it's crowded
And I can't call the bitch by her name 'cause I forgot it (Let's go)

Yo, uh, who can I depend on? Marry the game and death my in-laws
Feds don't got no mercy for a big dog
Kite from my man, he said I'm at where I deserve to be
Jammed up, he 'bout to take a plea for a thirty piece
My heart dropped when they put them TNT vans up
Now we gettin' caught by them TMZ cameras
Barely made it, we succeeded with the least chances
My team got a will strong enough to beat cancer
Master's in dope, before that, I had a Bachelor's in coke
I'm like Ali, I fight better with my back on the ropes
Labels, I passed 'em up, it's like they after the flow
And my legacy, it's like they want a fraction of both
Nah, I was good by myself, this how I'm bettin' now (Hahahaha)

Checks overgrown, neck boulder stones
Ever since they said I'm goin' pro, they said I'm the next so-and-so
But you know how it go, Kobe got his fifth title
And somehow still live in the shadow of Michael
Before it's over, give a nigga his credit
Am I wrong? I want my bouquet when I can smell it
Plug know, give it to me and I'll sell it
Just so happens, had a hunger for greatness, and I fed it
Parked in a big boy, me and Hit-Boy
Before this rap shit, this trap shit had me lit, boy
Yeah, fifteen years straight, I was crack sellin'
Dope boy, made it out the hood, now that's legend (Ah) 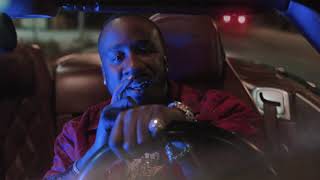