[Intro: Benny the Butcher]
We gonna slow things down and take it back in time
Yeah, uh
We gon' make niggas feel like this shit
Yo

[Verse 1: Benny the Butcher]
Smoking grapes and went to war with a poker face
Loaded eight, get the drop, then we unload your safe
I used to pitch on my corner late
Fifth on my bulging waist, way back in those flip Motorola days
We street niggas in the race for millions
I ate with dealers, I'm straight ‘cause my face familiar
I'm from a place where we trap and sell weight from buildings
Trust me, this not a place you wanna raise your children
Nah, we don't sell zips, the plug wholesale bricks
And got the crib with more rooms than a motel six
We roll Ls thick with gas so that dope smell stick
Heard they said it was dating, but that coke sell quick
f*ck riding in a nigga's coattails, shit
What you know about facing that 5 to 40, but don't tell shit
Oh well, it's the most real when the pro scale this
Like old mist, stopping the Giants, I'm on my Odell shit
You tryna see how many cops I can outrun
Never been outgunned, but niggas still doubted the outcome
Your favorite rap nigga about done
And I'm still front line, I put a half in the pot and I pull out one
These niggas talking gunplay, but they not about none
Went down for a home invasion soon as the drought come
Top of the line hustle, you not one of mine, f*ck you
I got this hunger from watching my mom struggle
I been harder, legend that still'll shoot like Vince Carter
I'm nasty, my flow dirtier than Flint water
And being broke was a big problem, so I whipped quarters Fell back, the trap bubbled up like dish water
Collect all payment or I'm just gon' spray shit
Put a bullet on your hat like Just Don snakeskin
They said I'd be a loser and a failure, from where they usually'll jail you
Benny the Butcher, shooter for Griselda, nigga
Uh, shooter for Griselda, nigga
I'm a shooter for Griselda, nigga
From where they usually'll jail ya
Benny the Butcher, shooter for Griselda

[Verse 2: Westside Gunn]
Ayo, ayo, the broke niggas still wearing Giuseppe kicks
Twenty-five chains on, I'm on my heavy shit
Face tats, my jumper with the KAWS 4s
Dome shot up close, your shit gon' fall off
We the dopest, and the greatest, you niggas know it
My rhymes so wet, my mouth is Rolex
I drop tears in my Moët
The illest of all time, y'all just don't know yet
Rocking Long John on the back porch, flip your whole jet
f*ck niggas took pictures standing over Boblo Blood
Diablo in the mud
God is my bodyguard
He wanted ten bricks, already hard
Flashlight on the K like a nigga lost
He grabbed the rope, almost broke the slab with the fifty one 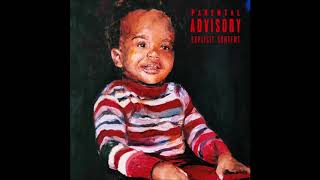 check amazon for Fifty One mp3 download
these lyrics are submitted by itunes3
browse other artists under B:B2B3B4B5B6B7B8B9B10B11B12
Songwriter(s): The Alchemist, BENNY THE BUTCHER, Westside Gunn
Record Label(s): 2018 Griselda Records
Official lyrics by