[Intro: Dark Lo]
Ayo Benny the Butcher, what up, nigga? It's Lo

[Verse 1: Dark Lo]
(Damn)
I learned the peel game for when the Bills came
Outside of the blizzard just like the Bills game (in the cold)
I knew [?] my whole life, and he still ain't changed (he didn't)
f*ck a 30, one bullet, it will spill his brain (blaow)
Lo and Benny in the booth, you felt it in your vein (you did)
Then you went up in the booth, it ain't feel the same (it didn't)
Rush a nigga crib, it's in the ceiling, man (it's in the ceiling)
Was in the yard with that type, you ain't a killer, man (you ain't a killer, nigga)
I'm cooking now, I'm heating up (I'm heating up)
My feet is up, my eyes low, my speakers up (my speakers up)
Negotiating price bargains, so we're meeting up (we're meeting up)
Younging blew your head off, I gave a feature up (for a feature)
On the bus, wrists and feet was cuffed (was cuffed)
Came home, now you eat my dust (my dust)
Being alone make it hard to trust (facts)
God dealt the hand, you just adjust (adjust)
You hear a lick, that was just a plus (it's a plus)
I'm in the [?] and the shit was [?] (ceiling)
My first rack, I couldn't get enough (the money)
I'm more like 2Pac in “Hit ‘Em Up” (Pac)
No disrespect, Big, I told that bitch to sit and puff (sit down)
I listened to these new rappers to see what's all the fuss (let me hear ‘em)
I listened to these new rappers, the shit was a flush (in the toilet)
[?] told me hold it steady when that shit start to bust (bow, blaow)
[?] died, then they took a part of us (damn)
Task force outside, then they took all of us (damn) Here is something you can't understand (what's that, Lo?)
How I could just kill a man, the Son of Sam (Son of Sam)
Rob your favorite rapper out in Summer Jam (wooh)
Or throw a barrel in his face all underhand

[Interlude: Benny]
When I was 18, me and LeBron James got drafted at the same time
Only difference is, he went to the NBA, I went to federal prison
(Griselda)

[Verse 2: Benny]
Aye look, suckers hate when bosses late
How these niggas talking street (how), but they spent their whole career dodging beef (that beef's p*ssy)
My last brick came with Dodger seats
I drove it home, dropped an L, and burned a hole in the Porsche seats (damn)
Bitch in my ear speaking Portuguese
This type of ho cost to keep, Red Bottoms when she crossed her feet
I made promises that was hard to keep, just counted 50 large at least
Smoking while my bitch watching Dawson's Creek
I whipped up nines, I ain't just sick with lines, I did the time
And sold 18 off the slab before the shit was mines
My man shot the same nigga two different times, he didn't die
At court, we blew a kiss to the victim's mom
I say I'm done smoking every other blunt
Feds snatching niggas out my crew every other month (free my niggas)
My dog stacked a million, I seen him run it up (I watched him)
He still dealing ‘cause he don't feel like the one enough
All my niggas get high, distributing pies
Knowing them drug sentences high from victimless crimes
I know the difference from a queen and a bitch in disguise
And the difference from water weight and a brick when it's dry
Let's go
Explain lyrics
Correct lyrics 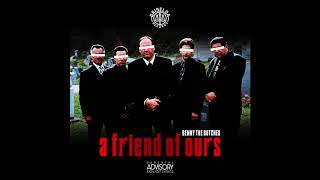