[Verse 1: Westside Gunn]
Ayo, heckling the tan, you flex, a nigga talking extra
Never rode a bike in my life, Supreme Vans selected (ah)
Selling coke, some might've stretched it, I like to keep it raw
Nigga fell out, one sniff, you can keep the straw
Flags on the duplex crew necks, German Suplex
The guy come with a few checks, Perrier-Jouët
Jewels dropped in the mess hall, I had to pick 'em up
"When you come home?" He said, "Never", I think my heart got stuck (ah)
Ten chains on his arm, can you
Remember when Pete shot up my house, tryna hear the coop (boom boom boom boom boom boom boom boom boom)
Mona Lisa Off-White, 40 below Feigs
Four door Ferraris with no heads (skr)
So lavish, my whole locker lit for a 10 o'clock count
I'm standing rich in the JJ Vance trench
Splash the brick on some Rob Van Dam shit
Doors on the cran-apple land lift
You had your cup, whats the logic?
Palm trees on the Mary Jane suits, load the pocket rocket
The feds wanna indict, give life, I'm looking rich, right?
The Wraith with the pinstripes, I been nice (skr)
I swear, I hate when rap niggas claiming they king
Blow your head off with the crown on it, make my ears ring
Took the ace out the deck, chopped the coke with it Ain't no business like dope business

[Verse 2: Keisha Plum]
Terra cotta, ricotta, red snapper
Grilled lobster, and roasted lamb chops
He dresses his wife in Armani
Mistress in Versace, and his ho in Top Shop
Fly in his prime like Karl Malone and Karl Kani
In uniform like Karl Lagerfeld, Coco Chanel frills
Black leather on black leather
Black locs, black blunts filled with black smoke
Ain't no business like dope business
It's brutal, and time is crucial
Never show weakness
Think, what would Griselda do?
What would Griselda do?
Shoot them before they can shoot you
You know what they say is true
Trust your instincts
Test the circle for weak links
Plum colored minks, plum colored drinks
Everyone wants to know what Plum thinks
Nigga told me his bitch gets lost in the texture of my voice
She hears my poetry and her p*ssy gets moist

[Outro: Kanye West & Charlamagne Tha God]
This is... this is an Hermès level existence at this point, you know?
Like, you look at a, a Birkin bag, the way it's made
The more scratches on it, the more, the more value it has
Mmm
You know, so all those things, those pieces of the story have...
Created, uh, who I am today 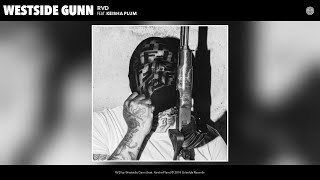