Now the first kid in the crew is called imagination,
The team would have him stationed first to work on the
aspirations.
But with him it’s all about having patience.
There’s no exact science to his magic making.
But imagination’s still the world’s finest engineer,
Who invents by merely paying no attention to his peers.
Tends to veer from convention and has a pension for
beers
Brewed from sunsets he says he drinks until his senses
clear.
He’s Einstein brilliant, with skills to design building
spines,
No mind is equal, so he spends his time with children
on site.
He draws the blueprints to set the plan in motion,
So you know he always takes his time to create designs.
Imagination works without tools or drills,
He’s not trained, and never went to school for skills.
Still, nothing starts ‘til he hits the site,
He often brings his sketches to the foreman in the
middle of the night,
Then he heads home ‘til the next project starts,
Leaving the boss to put together all the parts.

A foreman’s a born leader with a strong eye for detail,
To some it’s surprising that the boss is a fe-male,
But more remarkable is how she starts to go once the
plans are drawn,
Assembling the squad and supplies so the job doesn’t
die on paper.
Whether it’s a song soliloquy or strong skyscraper,
Her name is intellect, but her friends call her mental
just for short, and for jokes,
And though she knows all the credentials, most
incredible of all of her traits is,
Is as small as a shape is, she’s as strong as an ape is.
She even does most of the work all on her own,
Carrying bricks and stones, but it’s tricks don’t check
it.
She supplies physics if the load is heavy,
And she always goes slow and steady until she knows
it’s ready.
See, intellect is mathematic, professional,
And perpetually pragmatic, but skeptical,
So she measures all the angles and checks the scales;
She makes plans, then makes plans for if the plan
fails.
She also oversees all the company’s construction,
And when the team is finished there’s just one more
part;
A specialist to make the creation a real piece of art.

Now heart’s not a craftsman,
But all the skill in the world adds up to just a
fraction
of the soul in his passion.
He makes pieces long lastin’.
Like intellect, he’s small and humble,
But if he wasn’t involved it all would crumble.
See, heart applies a polish that puts a special shine
on the work that intellect built,
And the imagination designed.
Plus, he also adds a touch of the divine,
To protect from the grind of the elements over time.
Without him, great pieces often go to waste,
And he makes the less refined unique in every case.
He’ll work through all conditions, even in snow and
rain,
Somehow pushing himself through the coldest days,
Covered in cuts and scratches with no complaints, and
Novocaine;
Just a threshold for pain that’ll blow your brain,
Workin’ through the setbacks.
And when it’s done it’s just on to the next task. 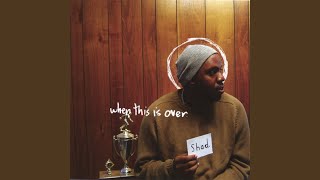 check amazon for The Greatest Construction Crew mp3 download
these lyrics are submitted by kaan
browse other artists under S:S2S3S4S5S6S7S8S9S10S11S12
Record Label(s): 2005 Shad
Official lyrics by