Compromise
Shad
Lucky 1's Wild I Don't Like To Brother The Old Prince Still Lives At Home Now A Daze I Heard You Had A Voice Like An Angel - Psalm 137 Out Of Love Pt. 2 Hot Dog Garbage Intro: Quest For Glory
Compromise video Shad twitter


[Verse 1:]
When I'm writing I repeatedly edit words and rework tracks
I'll admit I'm like the raptors – I got weak first drafts
So when I'm dropping a new flow
It's prolly not all that solid at first post yo might call it Arujo
But ballers I'm prove yo
And in the same way soon the tunes get better
And I polish a juno
Who knows... I might get acknowledged and kudos
It's cool though
Long as I keep rocking a few shows
Not to model some new clothes
Pocket that loot bro
I'm still trying to figure tax. Stocks, and the loopholes
Like wheres the refund? We filed for em'
Deducted from gross? Shouldn't that be taken off the net?
Like child porn
My smile's warn off but I ain't that pissed though
I still got cash and I don't lack distro
And if I didn't I wouldn't change to go bag fistfuls
Of cold green, homie I'm no black minstrel show
Shad just don't compromise...

[Verse 2:]
I'm feeling like the people's champ
See my fans greet
A brother with hugs laughs and daps
They don't yell like banshees
Or stampede
Women ain't gotta dress fancy for the man
Please my listeners understand me
My fight to about this right
What this stand means
It's more than some grand schemes
To hold up a grammy
We fighting in a war that we can't see
My brothers and sisters in this struggle
There's no fans we famil
Same root and branch tree
Listen I'm amped
Keep your hearts warm?
Mines on fire and I'm ancy
I know it's so cliche but I'm angry that some can't eat
Meanwhile I'm letting a damn feast of pastas and canned meats
Rot in my pantry
Like lord please can we speak on this frankly
Like God why you letting this happen?
Amen, he answered, son I'm askin you the same thing
Cause you're supposed to be my servants
Out here working
Like you're my hands reaching out to those that's hurtin
You don't have long on this earth
And I hope you won't compromise... 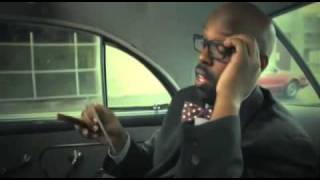