Brother please
No more Pamela lee's let's set it straight
I'm the biggest thing out of Canada
Til Quebec separate
And I never medicate
So y'all feel me if I'm I'll
Like a lump - some dudes used
To burn down trees now they stump by the simplest questions
And everything they think is deception
As they sink in depression
No telling where our life's headed
I'm light-headed
From scraps where I write/right hooks like a fight method
Like credit I'm indebted for my misuse
My life is like a magazine - got so many issues
God edits the stories
Still tryin' to find the father like Maury
He ain't with the stars lie... Tori Spelling's
Spell is out like N.O.R.E. on a quest for glory... on a quest for glory...

In my life and times Writin rhymes
Has gone from being my release
To putting who I be in my release so
I can release it
Eventually re-coupe maybe cop a coupe
And in a year or two re-lease it
I prolly get screwed but who read leases?
Legal jargon, people bargain
I'll prolly keep the car an'
Hope it don't crash/Crash like Don Cheadle
Starring with these non-peaceful hearts
And minds with strong egos
That only see what they want to see like on TVO
Darling
I gotta maintain just in my own way
(chill)
We gon play these snakes like the phone game
And we don't say jack - just bring it back to the facts
When it comes time to rock like the stone age
On a quest for glory... on a quest for glory... 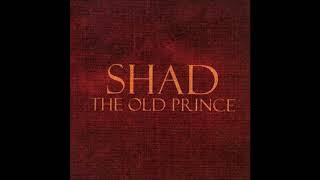