Brother (watching)
Shad
Lucky 1's Wild I Don't Like To The Old Prince Still Lives At Home Now A Daze I Heard You Had A Voice Like An Angel - Psalm 137 Out Of Love Pt. 2 Hot Dog Garbage Intro: Quest For Glory What We All Want
Brother (watching) video Shad twitter


I try to hold some hope in my heart
For these African youths
Coming up where I'm from
Many traps to elude
Surrounded by
Mostly white and affluent dudes
And somehow, you expected to have
Mastered this smooth
Swagger and move
With the right walk, the right talk
Fashion and crews
Souls subtly attacked and abused
And what's funny's being black wasn't cool
Where I'm from til suddenly
You started hearing rap in the school
Hallways
Admist this madness I grew
With knack for amusing through this little skill
For rappin at dudes
An' we all like to laugh at the truth
But when you young and same facts
Pertain to who you rappin em to
Well, I opted not to bring
That to the booth
But after a while, it sort of starts naggin at you
The crazed infatuation with blackness
That trash that gets viewed
And the fact that the tube only showed blacks
Actin the fool and I was watching...

(saturated with negative images and a limited range of
Possibilities is strange...)

And it's sad cause that naturally do
Sort of condition your mind and over time
That's what's attractive to you
So young blacks don't see themselves in Scholastic pursuits
Or the more practical routes
It's makin tracks or it's hoops
Or God-forbid movin packs for the loot
Even with this music we so limited - it's rap or produce
And that narrow conception of what's black isn't true
Of course, still we feel forced to adapt to this view
Like there's something that you're havin to prove
Now add that to the slew
Of justification the capitalists use
For the new blaxploitation
Many actions excused
In the name of getting cash
That's adversely impactin our youth
With mental slavery, the shackles is loose
And it's hard to cut chains when they attached at the roots
So what the new black activists do
For our freedom is just being them
Do what you're passionate to
Not confined by a sense that you have to disprove
Any stereotypes, so-called facts to refute
Or match any image of blackness
They've established as true
Perhaps we'll break thru the glass ceilings
Shatter the roof and emerge
From these boxes that they have us in cooped
And grow to smash the bold that they casted of you
I'll keep watching... 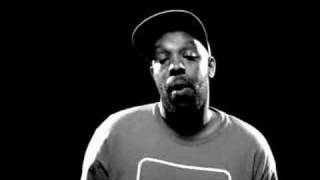