So Gone
Mikelwj
Problems Please Be Mine Give Em Hell Help Me! Stand Up! My Last Song Outcast Faith Rest Life
So Gone video Mikelwj twitter


You've been gone for so long, it's time to let go
You disappeared in the shadows, just trying to save your soul
You left me all alone, and now you're too far gone, so gone

I got obsessed with the figures, numbers stacking on numbers
The money was coming in from angles I ain't discovered
I had girls that were saying they love me with all their heart
And they were telling me shit that tore my mind apart
I fell in love with the life I was living when gaining fans
I didn't even care when I started losing my friends
I lost my own soul to the music I was producing
My voice had no emotion, my quality reducing
I was drinking down my sorrows with a shot of tequila
The burn in my throat was the only thing I was feeling
I used so many people to have more personal gain
And wondered what I did when I got treated the same
I was a hypocrite, and goddamn it, I'm still doing it
Rap is child's play, but I still refuse to lose in it
I don't know at what point I lost myself on the track
But now all I want to do is come back

When you make up feeling wasted from drinking the night before
Miserable with how your life is laying on the floor
You'd walk to see a friend, but you can't stand the motion
So you just sit there like you're lost in the ocean
That's the point in time where you know you need help
So you cry out to the world that you're stuck in a hell
But the people think its fake and don't listen to you're call Matter of face, there people never listened at all
I'm desperate, I'm lonely, I just want someone to hold me
But my bed is still empty at night, and I'm still lonely
This world is on my shoulders and I do my best to hold it
But forgive me if you see me walk away for a moment
I'm tired, I'm not Atlas, I wasn't made to do this
I was made to make music, not to be left clueless
I was made to help others, not to be feeling helpless
I gave it all I had and these people said I was selfish

Sometimes I listen to a track, rewind it and play it back
Pause it at a point and be like "Nah, that shit's whack"
Switch a bridge for a , but the tracks still boring
So I cut it from the project before I finish recording
Cut it and re-produce it, rewrite until I lose it
Throw my phone at the wall but quickly I pursue it
Pick it up and try to use it, and scream that I feel useless
And that's my new process of how I create the music
Understand, the mind of this maker has been tainted
If I never get famous, trust me, I'll always fake it
But God, if you're hearing this, I honestly need you
I'm running so thin that my hearts become see through
I changed for the worse and they want the old me back
I guess all I needed was someone to tell me that
So I promise that I hear it, I'll work on being more loving
I was so far gone, but now resurrection is coming 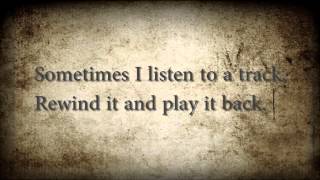