You're waking up to a cold sweat in a hospital bed.
Was is a nightmare or a dream that found rest in your head?
No matter what it was, you're lucky you aren't dead.
That car ride you were in should've ended you instead.
But you're still feeling and those tubes will help with breathing.
Those pills will help with sleeping which will also help the bleeding.
Your family's out there grieving, they don't know that you're alive.
See, the doctors and the nurses, they didn't know if you'd survive.
There's cuts on your legs.
There's marks on your arms.
You're in critical condition.
That car wreck did harm, you're still in such pain and the whole world's a blur.
You look around the room and the pain re-occurs.
They see through the windows you're moving your gaze.
But the doctor comes in and his smile just fades.
You're dreaming of the good times.
The sun on your cheek.
The mind's natural defense to the body feeling weak. The boys in the summer.
And the beach with your friends.
That car ride home where your world quickly ends. "
We need morphine here stat" He yells as you shake. "
The wounds have opened up, numb them all for Heaven's sake!" Your eyes are closed tight but you open them in shock.
You're struggling to breathe as you listen to the clock.
The doctors and the nurses are rushing to keep you stable.
You're siezing so they try to hold you down on the table.
Your pulse is quickly rising to levels that they were scared of.
The doctor's voice is shaking but that's not what you're aware of.
You hear God in the distance, you see lights that aren't there.
You were never that religious but strangely you aren't scared.
You smile in your head as you slowly lose your breath.
Your heart's growing weak and they started cording death.
So close your eyes one more time, it's safe now to rest. 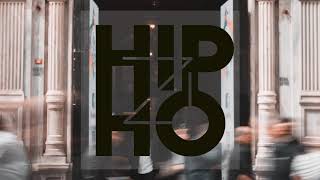