[VERSE 1: J. Sands]
If you ain't know, it be them politics
That run this country, now follow this
So many games that people play, just think of all of it
From casual kiss-ass to the snake bitches who swallow dicks
24/7, politicians never call it quits
They'll gas you up to tax you up
To back you up, to stack you up
Against the odds, the facade will crack you up
The fact you suck and still got connect to stat you up
Raps you bust I throw away ( *inhales* ) and pass the dutch
To the left hand side (re-write the rest, then slide)
I wonder how you in the field where the best can die
You got a deal, but for real, you're not impressin I
Man, the streets are full of cats who pull a rap
Like a thug'll pull a gat, savage intent, very cool in fact
That's why it's disrespectful to try to fool this intellectual
We can get ill, just chill and let the texts through
From the old to the new, we pollyin with the next school

[VERSE 2: J. Sands]
Aiyo, nowadays yo, it ain't what you know, it's who you know
Two can go to the same occupation to fill out the application
But if one is a brother, he gettin done undercover
With the fake smile and handshake, they flip shit like pancake
(Aiyo, my man Slick had a bank job) but told me damn straight That once they saw the dreads in his hair they had the Klan's hate
All in their eyes, because they're scared of our original ties
They flip you drama like a criminal lies
Anytime, anyplace, no reason but just to do it
They knew it was all political (there's no way to dispute it)
Cause they rather have Jack and John than Rashan
In the same bomb-ass position that they on
Just a Jim Crow tactic
That most of the majority seem to practice
A past system biased to the blackness
In fact it's gonna be soon that all the masses
Will be separated into rich and poor social classes
(That means) either you have or have not
(Which means) either you got cash flow or cash stops
(That means) wider gaps that weed out more blacks opt
(Which means) most of us will not reach that jackpot
Because of

[VERSE 3: J. Sands]
You see, everything's politically based, then placed
In categories consistin of 'wealth', 'sex' and 'race'
(Only in Amerikkka) will you be found guilty before the case
(Especially) if your face look black like outer space
(But there's more) like how the rich have no love for the poor
Cause they treat em like second-class citizens (from the door)
Like the Egyptians did to Ethiopians, the Germans did to Jews
Like the whites do any man of color (this is true)
I can't explain it from a woman's point of view
Cause no matter what they say or do (men wanna screw)
When they're in the interview
The boss is more than likely thinkin 'bout a rendez-vous
So takes cue to spit a few
Flirtatious hints just to see if you'd accept or not
(Now that's pressure) sort of like a hard place and a rock
But it's like that, and that's the way it is
Because those with power abuse it when they misuse it
For

Yeah, that's the Politix
On your ass 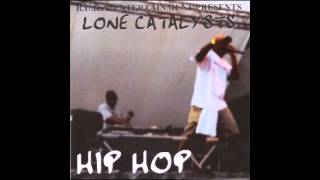 check amazon for Politix mp3 download
these lyrics are submitted by kaan
browse other artists under L:L2L3L4L5L6L7L8
Songwriter(s): Jason Rawls, Jermaine Sanders
Record Label(s): 2001 B U K A
Official lyrics by