Hip hop, a way of life
Chosen by the ghetto youth out of necessity
It involves graffiti, deejaying, breakdancing and emceeing
Which all rely on raw, artistic skill
You know, they used to tell me that this music would never last
Now look at it now, it influences all music here today
So either you respect it we gon' take it back

[excerpt from the movie _Wildstyle_]
[Double Trouble]
Cause here's a little story that must be told
About two cool brothers that were put on hold
Tried to hold us back from fortune and fame
They destroyed the crew and they killed our name
They tried to step on the ego and walk on the pride
But true blue brothers stand side by side
Through thick and thin, from beginning to end
This battle we lost, but the war we'll win 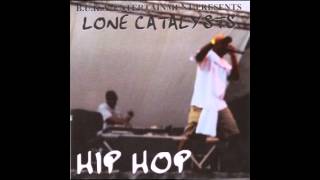 check amazon for Hip Hop mp3 download
these lyrics are submitted by kaan
browse other artists under L:L2L3L4L5L6L7L8
Songwriter(s): Jermaine Sanders
Record Label(s): 2001 B U K A
Official lyrics by