Punch In The Mouth Lyrics

Punch In The Mouth Lyrics

[I-Rocc:]
You think we ain't gon' ride? Motherf*ckers get ate alive
Make 'em sky dive off the side of the eight-oh-five
Can't sign nothin less than a mil' and a half (mil' and a half)
Been a war goin on like I'm still in the draft (still in the draft)
But shit, I'm a just sit in the Jag (yeah)
White bitch shotgun, she conceilin the pack (yup)
How real is that? A hundred if you ask me
I sat in a cave with Loon and Valentine, ask Nem' (ask him nigga)
But all the flossing's irrelevant (uh-huh)
If you ain't a boss then you soft as a jellyfish (yeah)
But I'm on top with the etiquette
Never take a loss, can't a motherf*cker tell me shit
When Ice-T was on that power shit
I was in the slums, white tee, movin powder, bitch! (pitchin)
And why y'all dyin to shine
I hit the club and open fire like I'm ridin for Shyne

[Layzie Bone:]
Nigga how you always got the hook up, but never don't have no ends?
Plus I heard that that Benz that you drivin is yo' friend's
Nigga don't ever like to spend, but he always wanna lend
You can hold onto these nuts, while they hangin from yo' chin
See we men, and the real men don't tolerate them fakers Send you quick to meet your maker, while I'm grippin on my baby makers
Them ain't haters, why you posin like a player?
In the club tryin to mack a chick, but them hoes know you square
Get the f*ck from 'round here, we keep it gutter down here
Always cryin like a bitch, is your momma 'round here?
If she is, no disrespect but take this p*ssy nigga home
Before we blame it on you cause you the reason he born
He won't live long, with a mouth so potty
Halitosis on the tongue, he lie to everybody
Better do what I say before these fists start flyin
Whatever you sellin homie, I ain't buyin

[Killa Klump:]
Yeah, this the business, Klump (let's go)
Aiyyo first things first, I ain't gon' plead no case
I keep a burner on my hip that'll eat yo' face (brrap!)
Faggot! And I ain't tryin to talk it out (nah)
Just cause you walked in the club don't mean you walkin out
You talkin money, what you talkin 'bout?
You come to my town, the boy Klump is the most talked about (uh)
Flow of the century, know that eventually
I'll be, dead and gone but man I hope that they mention me
I, can't rock harder than I've been rockin (really)
Lyrically, I'm a nightmare, similar to Bin Laden (yes)
Go ahead and run daddy - cause I ain't the type
To do the talkin brought your shit about, shoulda had him done daddy (nope)
I got a gun daddy - and I ain't scared
To lick a motherf*ckin shot first, 'fore that shot come at me (uh)
Raw wreck on mine son and tell them lames
I'm a do me when mine come, until then 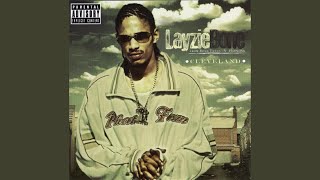 check amazon for Punch In The Mouth mp3 download
these lyrics are submitted by kaan
browse other artists under L:L2L3L4L5L6L7L8
Record Label(s): 2006 Siccness net
Official lyrics by