Well I went out for a boogie, a week ago last Tuesday
I was doing the Wigan Hustle and the Palais Glide
I met a girl in big suspenders and her boswams were stupendous
Like two bald-headed men sitting side by side

She wore a bra size forty five, and she could jump and jive
And when she stopped dancing, bits of her kept wobbling about
She said you drive me crazy, burn some rubber on me Baby
She grabbed my little whistle and she began to shout...

Oh what a front she had, enough for me, my brother and Dad
A chest of drawers no doubt, one with the top drawer half pulled out
Oh what a front she'd got, believe me son, she'd got the lot
Right before my eyes, and she was bra size forty-five

Erm, excuse me, what do I do now?
Man be cool - gotta get down and have a rap
I beg your pardon? I think I'll do a talking bit instead...

She was the big economy size, her boswams were gigantic
Like two fat little boys, wrestling under a blanket
The flickering strobes lit up the globes that thrust from her pullover
I think her name was June 'cos she was busting out all over

She said "Can you feel the force, d'you wanna take one step beyond?"
I said "Goodness gracious great balls of fire, there's a whole lotta shaking goning on"
She said "Knock on wood, I'll blame it on the boogie, now what do ya think about that?"
I said "Ooh heck, it must be jelly, cos jam don't shake like that"

She wore a bra size forty-five, and when they played 'I will survive'
She went crackers, and her animal desires became much keener
She said "John I'm only dancing, but I'd rather be romancing"
She had me inside out and upside down in the back of my Cortina

Hit me with your rhythm stick...

She wore a bra size furty-five, I thought I never would revive
When I tackled that young lady with the bounciest of blouses
But she left me for a geezer who had much more chance to please her
With his own master blaster and a pair of baggy trousers

Thanks for the memory, I think I've got it sussed,
You've seen one, you've seen them both, I'm gonna go for bust,
Don't they make a lovely pair, they look like a couple of Himalayas,
Double top, boogie on down, Bristol is my favourite town,

Everybody understands arthritis in both hands,
She's a disco bumper, she's got a lumpy jumper,
Cross your heart and hope to die, please don't poke me in the eye,
I know a girl from Potter's Bar, got eaten by a living bra.

I said "Baby. Oo baby..."
"Surround me! Drown me! Engulf me!Chew me up and spit me out!
Leave me shipwrecked, against those white cliffs of Dover!
Etc...." 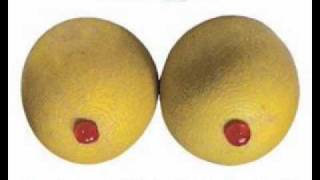 check amazon for Bras On 45 mp3 download
these lyrics are submitted by rebhal
these lyrics are last corrected by brian wylie on May 21, 2017
browse other artists under I:I2I3
Songwriter(s): Gary Anthony James Webb, Ivor Biggun
Record Label(s): 2000 Stiff Weapon
Official lyrics by