The Sailors In The Gents Lyrics

The Sailors In The Gents Lyrics


In a gentleman's ur*nal, on the night before cup final
I saw two sailors standing bold as brass
And their conduct was disgusting 'cause one of them was
thrusting
Three fingers up the other fellow's a*se

I said "I'm not complaining but would you mind explaining
Why you're performing this disgusting trick?"
And the first tar said "It's easy, this sailor's feeling queasy
I'm his mate, I'm trying to make him sick."

I said "But this is heinous, three fingers up the an*s
Will never make him sick, you silly goat."
But he looked rather sly and then gave this reply
He said "They will do when I stick 'em down his throat!" 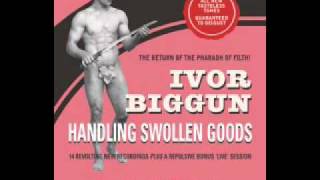 check amazon for The Sailors In The Gents mp3 download
these lyrics are submitted by Thrasher10
browse other artists under I:I2I3
Record Label(s): 2005 Stiff Weapon
Official lyrics by