Diary Of A Madman Lyrics

Diary Of A Madman Lyrics


f*ck this, here we go again from the hot spot
Age slipping, that's why my eyes so blood shot
Killing niggas here, kill 'em there
They keep coming back
Running me down like I'm a needle in a hay stack
From beyond the grave, this is a devil's game
No remorse, I don't show no shame
Taking a pride in my killing, I think I'm up a million
f*ck with me, one less civilian
No choice, just death, blood on my breath
Grab your f*cking heart, rip it straight out your chest
Evade in the darkness, as you hear me laugh
Bath in the sins of the evil, feel my wrath
E to the X to the P, exodus songs
Finally explained why my time's almost gone
No pain, no gain, model of the insane
Bring terror cause I'm evil as I stab, jab, and maim
So check the groove of a dead man with black magic
Rise from the grave, come alive and I'm tragic
So listen to the man inside of me
And stay the f*ck out of a madman's diary

D-I-A-R-Y of a madman
Gets funky in cemeteries packed with the bodies I jam
Creep so deep my f*cking nuts hurt from sagging
I zig when I want, papers torch, that's why I'm zagging
Return of the dragon, shit, return of the psycho
Much crazier than Michael, put Fright Night in fright ya'll
Say doubie do dang (?), watch the whole thing blow up quick
It's so hard you get scared like bitches in crazy flicks Ain't this a f*cking trick, hold me on this son
The diary is sick, you f*ck around and you'll catch one
Parental advisory on me because the parents know not
To let they kids get a whiff of these
Nuts, I rush to go crush your dreams
When they sleep, I slip on your nightmares, a dope fiend
Worse than mescaline, hallucinate you on PCP
Seeing shit, that ain't shit, I ain't shit
So come and deal with the real hit
This is the clip and I'm gone for the nine tre (93)
Diary of the madman

This is a diary of a madman
A lunatic, mad bastard
Be cautious when stepping cause I'm just like a hazard
To your life, like a knife in the night, man
Cause everything looks f*cked up from where I stand
The first chapter of my diary proves that I am insane
Stabbed a nigga ten times and blew out his brains
Chapter two, what to do, I just burned a nigga
I'm about to bury his ass, cause I'm a gravedigger
My hypnotic rhyme rolls through your f*cking head
And if you think about it, yeah, well you're better off dead
So as the hot blood flows from the open wound
I'm about to shank your ass and seal your f*cking doom
As you try to wake up from your dreaming
But I'm screaming like a demon to watch you bleed man
This is the diary of a madman 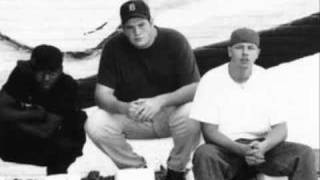