It's a different type of rule that we obey, I been locked inside the lab I don't see no day
Took my bitch to the back and I said let go, built this shit from the ground up that's lego
Can't pay me up front don't book me a show, trapped inside my mind what's that Plato
Got a great team but whatever I say goes, need that bag divvy up whatever I take Home, I drink a lot still never stumble off my thrown, don't take shots at me when I'm in My zone, stop sending nudies to my God damn phone, I got a wife trust me she looks Better than you dropped 14 albums that's what veterans do, who the f*ck here really Real man I can barely tell, niggas ask me bout the afterlife I already live in hell, me n Wifey slowed down on blow when I wana have fun I just do it off her nail, big shouts to The ones thart afford bail but bigger shouts to the ones still in jail, want it done right got To do it by your cell, break out the cell then do it by yourself, talking down, that's just Waste, eating well you can tell I gained wait, all of yall just say the same thing, you're a Puppet what's that Lil Tay, got more buzz than a backstreet boy, on my floor where I Ash these joints, walk round town and they actually point, but there's no point in having A point

Heard you takin shots yelling woosa, i ain't tryna get a deal no coupon, waiter bring me a Salad no croutons, i ain't got no regret I'm not a new mom, don't sleep man I burned all You're futons, my fans just waiting for a new song, can't laugh at your joke if the mood Gone, I feel kind of weird when the moons gone, I guess bipolar is cool now, you don't Really live this mon cool down, my brother just dropped out of high school, I respect That shit f*ck school now, I see what they make me see but I make myself see Something more, she knows me and the wife doing well why the f*ck she still tryna f*ck Me for, ya , very divine, trapped in my body like I'm buried alive, do I get a deal man I Scared to decide, I don't really care putting fear to the side, I know you know I got Places I'm a go, home you high they all get scared so they just try to keep you low, Practicing My jeet kun do, I know who the f*ck i am do you know you, a mind like mine, That takes Time, black on black like a nigga Akon, called me on your phone heard it Through the Grape vine, yall my sons but the kid ain't mine, f*cked around and became My boss, She loves me but it ain't my fault 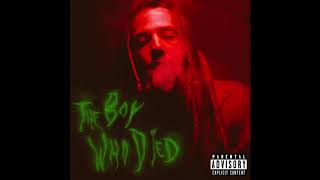