Freedom Got An A.k. Lyrics

Freedom Got An A.k. Lyrics

An AK talks and bullshit runs
I wish I had time to count all my guns
'Cause a nigga is runnin' out of funds
But H Rap says, "Freedom got a strap"

I wish I was in Dixie
AK, AK
Then shit wouldn't have been bad in the sixties
No way, no way

I, can't see the OG's standin' in big lines
Holdin' big signs, tryin' to get mine
I'll shoot ya ass 17 times
'Cause this week we don't turn the other cheek

Do that shit and get stole on non-violence gotta hold on
Plus we got a roll on, the mayor of the whole f*ckin' city
Saw the Lench Mob and his draws got shitty
So get the f*ck out my way when I spray, hey, freedom got a AK

Shoot 'em up, shoot 'em up, ah yeah
Talkin' like that'll have 'em all scared
Don't come to me with no petition
Fool, come to me with ammunition 'Cause the bang, bang, buck, buck,
Boom, boom, pow, pow, used to be a trick
But bitch, how ya like me now?
'Cause the AK-40 dick hold a 50 clip
And I'll shoot till it's empty bitch

That's how you got filthy rich
I know the game, so I'ma do the same
Don't like when I play the same way
And say hey, freedom got an AK

You better call nine, one, one
The nigga's got a gun, and he's gonna have fun
An AK 47 is the tool
Don't make me act a mutherf*ckin' fool

So if you wanna jump your ass in, come on
I'm buckin' and blastin'
f*ck with the L to the E to the N to the C
To the H to the M to the O to the B and you'll see

One dead devil
Kick that shit to the level
Get my shovel, 'cause I don't play
Motherf*cker, freedom got an AK 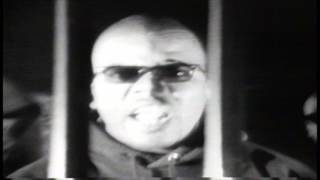