Who Ya Gonna Shoot Wit That Lyrics

Who Ya Gonna Shoot Wit That Lyrics


"I am pleased, to have the opportunity to discuss,
your new gun with you."

[J-Dee]
I heard you had beef on your block
so you bought you a glock, the one with the 17 shots
Nicknamed Smith & Wessun
Gonna teach them punks on your blocks a little lesson
But, who you gon' shoot with that, homey?
You'd rather blast an original instead of a phony
True macaroni, you don't even know me
And why does your gun say, 'Niggaz only'?
But you need to get an angle on an anglo
(??) shoot your bucks at the Ku Klux
Got your gat, but you ain't thinkin of 'em
Cause deep inside, I know you love 'em
Point your gat at me and I'll blast ya
But first I gotta ask ya..

Fool, who you talkin to?
What you gotta ask me?

Yo man, whassup with the jack move fool?
I ain't got no money man
What you aimin that pistol at me for man?
Ay man, why don't you go on with that?
Go up to Beverly Hills or somethin
"I am pleased, to have the opportunity to discuss,
your new gun with you."

[J-Dee]
I'm drivin down the street, and I ain't got much more than you
but you still wanna jack for my six-two
Impala, it's all about the dollar
You claim you're gonna bust if I holler
Don't say nuttin as I jump out
But why you gotta blast me, before you stomp out?
Start runnin cause I'm terrified Two shots from his gat made me realize
you woulda let me do if I was a caucasian
a jew or an asian
But I see you wanna do me, do me
Is it cause, I'm black as you be?
Don't talk about a rep to me
cause deep inside, I know you're white as a deputy
Saw my car and bought a brand new gat
Punk, but who you gon' shoot with that?

"I am pleased, to have the opportunity to discuss,
your new gun with you."

Hey yo man, I just got jacked man
They always talkin that black on black crime man
I'm fin' to go put in some work man

"I am pleased, to have the opportunity to discuss,
your new gun with you."

[J-Dee]
Now it's time to trip
This fool done caught me slippin and he jacked
I'm off to the house to take my pistol and my khakis
Never ever thought I would get, got
So I grabbed the fo'-fo' with the thirteen, shots
Hunted him down, like an animal
Caught his ass slippin with a skanless hoe
I crept up behind him, put my hands around his mouth
Fo'-fo' to the dome, yo punk we breakin out
I ducked in the alley of the boulevard
Jumped in the back, trailed by one car
I'm thinkin to myself I can't kill him he's a brother
even though he keeps robbin, and stealin from our mothers
He's lookin in my eyes, he's gazin at my gat
And then he said, "Who you gon' shoot with.." {*BLAM*} 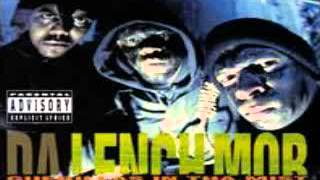 check amazon for Who Ya Gonna Shoot Wit That mp3 download
browse other artists under D:D2D3D4D5D6D7D8D9D10