[J-Dee]
Woke up, Friday morning feelin damn good
Took a shower, got dressed, and rolled out to the neighborhood
Had no idea what I was in for
so I pulled over, I bought a 40 at the liquor store
Popped the top, commenced to start drinkin
and all of a sudden, I start thinkin
"Damn J-Dee, why did you roll down Florence?"
I forgot, I had two warrants (Damn!)
Yeah, but like a fool I kept drivin
until I ran a red light, and heard a motherf*ckin siren
One time pulled my black ass over
Put my hands behind my back and it was over
I was arrested, because a warrant I wouldn't pay
Headed for the county jail, downtown L.A.
I got processed, put on my county blues
And now I'm smokin a hump, watchin the news in the dayroom
A fool jumped up and said, "What set you from?"
I didn't say SHIT, I just BOMBED
I beat his ass right down into the concrete
turned around and saw the doom squad's feet
Yeah, the motherf*ckin deputies
tryin to do the same thing that they did to Rodney King
I stayed strong and kept my self-control
that's why my black ass got tossed in the hole
I'm doin thirty days in the hole cause I dissed 'em
That's how it is, gettin lost in the system

[Ice Cube]
Hey homey, you know the way out this motherf*cker?
I'm lost G
Ay, how you.. ay, where are we goin?

[J-Dee]
Here I go, on a f*cked up bus ride
and yo I'm takin a trip, to a place called Wayside
It's on the back side, of Magic Mountain
and ain't no rides no games no shows and ain't no water fountain
Five, hundred acres of land
Plenty niggaz, and you still your own man
I stayed down, and ran into a few of my homies
They told me, "Watch your back kid and go for self only"
cause I wasn't on the, same side they was on
And like my nigga Cube said, "Once again it's on" (Yep!)
cause shit erupted on the compound
A C.O. dropped a pen, I picked it up and stayed straight down until some devil tried to nut up, over the phone
He got stuck and it was on
Gone, to the hole again
for shankin the devil with my motherf*ckin ink pen
Things gettin kinda rough and disturbin
They takin me to court for this motherf*ckin servin
Since I'm black and I'm supposed to be wrong
the prosecution wasn't very long
Start stackin months on me like hotcakes
And in the morning I was headed upstate
for shankin a fool who'll never be my brother
The simple fact the motherf*cker had the wrong skin color
Yo, I told the judge, don't even try it
He gave me a year for startin a riot
I told this old-ass fool, "Suck my dick!
Givin me a year for this shit!" Yo,
he added on another year, cause I dissed him
Now here I go gettin lost in the system

[Ice Cube]
Yo man I'm just tryin to get up out this motherf*cker man
I'm lost aight?
Which way, how you get back to South Central G?

[J-Dee]
I went from Chino West, Chino East, Folsum
Soledad, even Tahatcha(?) P-C-R-C
San Quentin, and even Cochran
Lost in the system, and I couldn't stop them
Them motherf*ckers kept tryin to lose me
and some {faggot} kept tryin to choose me
Stuffed the {faggot} and send them on his way kid
You know why? Cause I don't play that f*ckin gay shit
The final pen I was in, was called Blythe
And that's where I damn near lost my life
by some crazy devil with eyes full of hate
The motherf*cker got mad cause I had a release date
Yo, this shit is crazy, it can happen to anyway
Didn't pay a ticket, look how much time I done
but it's alright cause I'm back on the streets
Layin down fly rhymes to these funky drum beats
And yeah, the day I got out, man I was wishin
but I'm back on the streets, still lost in the system

I can do that shit over, no?
Cause I, I was 'sposed to say
Hey shit, yo I can freak that shit yo
{*cell door closes*}
Explain lyrics
Correct lyrics 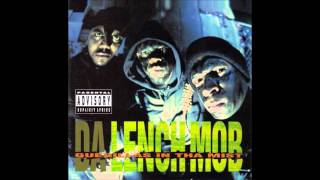