It's All Bad Lyrics

It's All Bad Lyrics


Intro:
Yeah, crazy ups and downs you know what I'm sayin'? Crazy how the world
runs, word up. Check it out. Bring it on.

Hook:
Lord I try to keep positive, but this life is full of strife
And I'm tired of trying to conquer it
Lord always thinking negative what will go wrong will go wrong
Until the beast in me vanishes

Verse 1:
First of all I was born under a bad sign, confinded to torcher
Never saw what life had to offer
Time slips away like pop singles on the radio
Chino never had the doe, I was determined though
Sabotaged at birth, cursed by an evil angel to strangle
My aspirations from every angle
From a street corner to a demo deal from Warner
Hardcore performer, crowd warmer, thought it was on but it wasn't
I never got no budget, stuck like a glue trap
It goes to prove that
Being the greatest lyricist can't paint the full picture
It's a full mixture, I can't get no, no satisfaction
Like being blind watching a movie with no closed caption
I need some time to ease my mind, I'm bested
f*ck Mr. Wendal my Development is Arrested
All I wanted to do was rock with my fast ass
And blast past the mass, collect quick cash
Did what I did best create, but began to hate
All these flake music people makin' artists wait
But I'm a be up there one day
And soon to slam wax innovate rhymes that my fans consume
I view this world through my notepad
Thus expanding my vocab to win, till then, it's all bad

Verse 2:
When I was merely a sophmore, went to Atlanta on a false tour
This ain't what I prayed so hard for
Dreams broken into individual particles like porcelain
Figurings attached to me like barnacles
Now I'm suppose to be happy like Bobby McFerrin
Keep faith, the only thing holy is the drawers I'm wearin'
89' I aimed to graduate, no exaggerate
Evaporating positive energy from inside of me
To the point where my love for God no more provides for me
Of course lost pride, obviously the force rides
To paradise nobody invites but puts the Bill Of Rights
1430 SAT proving ya, I'm a spick that'll die respective like Rahoul Julia So cease with, all that street shit
Expect MC from Chi kid, you gets the wicked priest shit
Until I see fit, to open my life strife like the pearly gates of heaven
For ? entertainment this is my expression
Prepare wealth and I'll share self, maybe I can help
But I'm lost but I be large anywhere else
The ill eagle, twisted, war novelist
The problem swallowed us, it takes an activated mind to follow this
And true to realm to be ourselves, not to follow a fad or give in to trends
Till then, it's all bad

Verse 3:
Unanswereed prayers plays the background, I pull my baseball caps down
I hide the tracks of my tears from rapping peers
I finally got on and soon he wasn't a moment to
I lose my mind, I lose my friends, my daughter and a coma too
I'm going through a strange tug of war inside my mental wall
Record just went platinum, I'm slapping 'em, I'll show you all
Cover of Rolling Stones, Vibe even TV Guide
Was filming my first movie in L.A. when I heard my baby died
Shook it off without a thought that she was beautiful
Soul Train Awards I go to not my daughters funeral
I stay drunk and high like I'm imperial
Surrounded by more white groupies than a Rakim video
Now life's a tour to me, except the way I was rejected formally
Disrespected neighborhoods I know supported me
It's eating me, suicide attemps repeatedly
What I worked so hard for, ultimately is defeating me
I'm paranoid my own mom can't avoid being a tabloid
So she wasn't shocked when my baby flopped
Caught in the industry, spending money feverishly
Now I'mve been robbed, I can't believe my laywers did this to me
Next album was filled up with tragedy and despair
Fans with smiling faces with no real purpose for being here
I call the dear Lord when in Billboard
I plummet from 3 to 10 I guess failure is my new trend
Thought I was all that, now I just fall flat, splat
Vails of crack, my old friends won't let me call back
So where in mind can I find myself a misty storm invisible to God
I'm falling off like TJ Swan 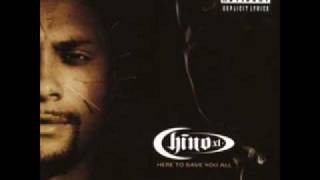