Deal Or No Deal Lyrics

Deal Or No Deal Lyrics


[Intro]
Yeah, you see this shit sound perfect right here
Keep them bitch ass niggas from 'round me
Y'all niggas talkin' like y'all was really like that before y'all got a lil' money
Y'all niggas forgot who I was, huh?
These are the real Sopranos
Yo, uh

[Verse]
187 with Griselda wrote in Arabic
Murder, I'm aware of it 'cause I'm who takin' care of it
Your lil' bitch said she won't f*ck me 'cause I'm arrogant
My plug used to let me hold them babies like a surrogate
I had them dope boys payin' deposits to get they hands on product
Violence the only way you answer violence
I might pop up in the random projects
With powder like a can of comet, two or three runners and a Pyrex
We supervillains to the music business
I'm gettin' too specific with what I do in kitchens, my shit too offensive
I make coke rap sound like a new invention
Cut an envelope of money open usin' scissors
What's worse than a fed case? Goin' to trial broke
Against a prosecutor that washed more niggas than Dove soap
A brick of yay and a genie, that's what it takes just to be me
'Cause I'm too bougie for broke bitches and too gangster for TV
After the RICO, the cash came fast illegal
Y'all cover y'all battered egos in jewelry and Valentino
As for me though, I live by actual street code
I turn quarters to half a kilos to get my links froze
Yeah, probably got a bitch on every block in your hood
So I can still make a play and never stop in your hood
Bought some new Glocks, so I'm good, pounds stocky as Suge Smokin' Gary Payton just like the '96 Bulls
Hold up, rappers pray to God that them disses get to me
I won't get with them pussies until they make it interestin' to me
Uh huh, you give your man hope when you give that man dope
To feed your family, that's mandatory when your man broke
We was in them vans low, told my trigger man, "Go"
Now I make kilogram dough off an Instagram post, nigga

[Outro]
f*ck y'all niggas talkin' about?
The Butcher comin', nigga
Ah
I'm on a three-year run
Cleanin' everything up
Huh
I ain't even signed a deal yet, nigga, I got a label deal, nigga
f*ck y'all niggas talkin' about?
I made all my niggas bosses
I made all my niggas capos, nigga
Ask about us, nigga
Ask the FBI about us
Free the gang too, nigga
We really like that
Y'all niggas be talkin' that crazy shit on these songs
Like y'all really been that, like y'all really did this
Hahahaha
Where y'all goin' with this shit, nigga
Black Soprano Family, huh
Yeah
Ask niggas on the east side about the Black Sopranos, nigga
This shit for real
Y'all niggas tryna keep up with us
All my niggas got BSF pieces, p*ssy
Y'all niggas tryna keep up with us
I pull up in my city, jump out in any projects
That's real shit
They f*ck with me, and I f*ck with them, nigga
You ain't like that
You ain't like that, nigga, quit playin' with me
Ah
Ayo, Daringer
Ayy, since Tana Talk 3, nigga
Ayy, since Tana Talk 3, nigga
Hahahaha
Ah
Explain lyrics
Correct lyrics 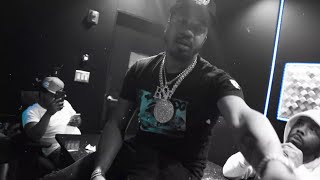 check amazon for Deal Or No Deal mp3 download
these lyrics are submitted by HNHH3
browse other artists under B:B2B3B4B5B6B7B8B9B10B11B12
Songwriter(s): BENNY THE BUTCHER
Record Label(s): 2020 Griselda Records
Official lyrics by