But I'm the one who paved the way
And laid my body in the road so you can walk on it today
I stood right up when they tried to put me down
You're so high up, you forget to look down?

You call that gratitude!

I'm the well-paid slave and the roads that I paved
Took my career, that's just what I gave.
Five years later they were rolling in clover
But nothing for me, my career was over

If I'd been born just a generation later
I could have settled up with an arbitrator
I'd be wearing fur coats if I were rich
With a bum-bum-bitty-bitty-bum You call that gratitude!

On the day that I died and they laid me in the ground
Where was everybody? They couldn't be found
I'm gone and they don't know my name
No plaque, no speech, no hall of fame

A-Rod, Zito, Posada, Tejada
Johan, Manny, Maddux, Mussina
Who's the one who paved the way with blood
Go say my name! It's (Flood!) Curt Flood

You call that gratitude!

Curt Flood looks back from beyond the grave and observes the high-living, wealthy modern player and bemoans the lack of attention paid to his costly and lonely battle against the reserve clause, a legal challenge that led directly to the advent of free agency as well as the end of Flood's career. He is not amused. 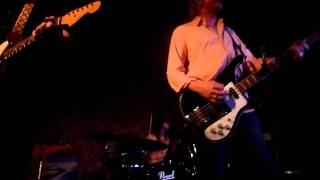