Now, in history only 17 have thrown a perfect game
A most exclusive club, a most exalted fame
But after 9, the Pirates hadn't scored
A perfect game and still old Harvey had to pitch some more

10th inning down, 11th inning down, he moved on to the 12th
3 straight outs and the fans were pinching themselves
The best game ever pitched and still a scoreless tie
Poor Harvey had to carry on and give it one more try

The search for perfection is a funny thing, at least as I've been told It drives you nuts, it makes you curse and eats away at your soul
Sometimes better ain't better, sometimes justice just ain't served
Sometimes legend isn't laid where it's most deserved

But humanity is flawed as the losers will attest
We're drawn to tragic stories, the ones that suit us best
But for 12 innings on that fateful day, old Harvey was a God
A perfect game if nothing else because perfection's always flawed

David Wells, David Cone
Lee Richmond, Monte Ward
Len Barker against the Jays
And Catfish for the A's
Don Larsen in the series in 1956
Why don't we add old Harvey to that list

A pitcher has thrown a perfect game when he faces the minimum 27 batters in nine innings and doesn't allow a single man to reach first base. It's only happened 17 times in history. This song tells the sad tale of Pittsburgh's Harvey Haddix who threw nine perfect innings in 1956 but had to keep pitching that day because his team had also failed to score. After throwing three more perfect innings he finally lost the game and his chance at immortality in the 13th. Perfection? Flawed? You make the call. 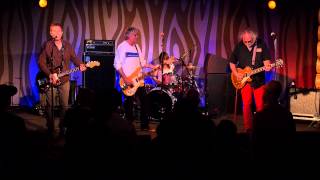