He's a friend of the Smithereens, an old pal of Eddie Vedder. For a good few years there weren't any pitchers better. He loved R.E.M. and he played a Rickenbacker guitar, but for a night on the town with Mike Mills you get hit pretty hard.
Mike and I met up with Dennis Diken and Black Jack somewhere. As this was New York City, you may have heard they have a few bars there. Jack loved the Replacements, and we drank enough that we became them. Two guitars, bass and drums--yeah our line-up was the same then.
He was crowned the Yankee Flipper by the foul ball of fame. He gave 50,000 fans the finger, but we'd like to share a little bit of the blame. It was Spike and Mike and Black Jack and me.
I'm told Jack ended up on the cold tiles of the floor, with his mom who was visiting banging on the bathroom door. Next time he took the mound was not a pretty sight, and I've always figured it had a lot to do with that night. The photos filled every front page of the morning editions. Now he's the poster boy for a grand baseball tradition. Templeton, Tejada, Billy Martin and Albert Belle--from old Hoss Radbourne all the way to David Wells.

Another true story. They're all true, aren't they? Black Jack McDowell should be remembered for his pitching, and for his music as well. When the ever-understanding Yankee Stadium fans booed a rare early exit, Jack reciprocated with a majestic (and much-photographed) raised arm and middle finger. I applauded his gesture, yet at the same time wondered if my pals and I had played some small part in his bad day. 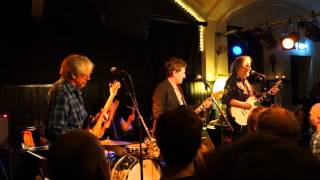