[Verse 1: Westside Gunn]
Ayo, grandma pleadin', please put the triple beam up (Ah)
TEC with the red beam hangin' out the Bimmer (Brr, brr, brr, skrt)
Steam versus Flair, how dare you try to be us
"Please, West, I'ma bring her back, I need a teaser" (Ah)
Kicks look dirty out the box (Out the box)
Bitches like, "I heard he whip the rock" (I heard he with the rock)
[?] lookin' like a drop (Skrt)
Amiris with the bandana got a knot (Got a knot)
Whipped a whole extra brick, was Kenny Omega (Whip)
Megabus for 20, I be tryna dodge the letters (Ah)
Please pray for me, I ain't tryna see a stretcher (Ah)
Please pray for me, all week I wore Stella
I swear to God, I got pulled over with the stupid load (Stupid load)
They ain't check the trunk though (Uh uh, they ain't check the trunk though)
I flip shits like the Lucha Bros (Like the Lucha Bros)
Right out the front door (Ah, right out the front door)

[Verse 2: Curren$y]
I wish it was a government plot and not a nigga from the same block
That walked down on my homie and gave him them shots
It ain't safe on the set, niggas ain't thorough
They see you as a threat 'cause they don't believe in they self
A couple knots in my sweats, Swiss army knife Corvette
The top retract like that, the street lights in my diamonds react
Ignited the pack, I put a pen in the paper stack
Some of us still really rap
Some of us don't talk about it unless we really did that
Tell me what your man did on the them streets, them hood tales ain't your own, boy
You was at home when the heist went down successfully Nobody hit your phone and told you to come get your cut
Boy, you's a duck, you was sittin' up
You ain't never set shit up, ain't connect no dots to get no paper picked up
Yet you expectin' to be big upped
And to be considered as a member when real one's is in the picture
My nigga, give that shit up, I skipped on that Benz truck
The color on them was sicker, Rey Mysterio
Smokin' a J on the top rope, east side hero
It's sweet but it's not though, Ultimo Dragon
Gold Daytons on the Chevy wagon (Skrt)

[Interlude: BENNY THE BUTCHER]
Ah, the Butcher comin', nigga, ah
This shit gettin' easier and easier to me

[Verse 3: BENNY THE BUTCHER]
It's a shame at how desperate y'all niggas becomin'
Only willin' to help unless you benefit from it
We used to didn't have enough weed to fill up the Dutches
Now I'm countin' digits with hustlers, havin' business discussions
We already bosses, y'all cry over petty losses
Went to war with my foes, black roses in every coffin
My plug made that white girl famous in every market
Like Simon turned a regular chick to Kelly Clarkson
Look, you gettin' game from them, it's gonna stagnate you
But with the shit you learn from me, it's gon' graduate you
This the shit I make her masturbate to
'Cause I'm too rich to f*ck her, that's how cocky this cash'll make you
Hoes say these bags made me mad, I'm grateful
When you gettin' so much chicken that none of these bitches fascinate you
You know it's real when everybody in rap debate you
Since I lived it, I'm who street niggas gravitate to
Yeah, rap niggas shook, all your favorites duck me
Feds say it's talent, I just say you lucky
You gon' die if they say you touched me
Guy used to tuck in his iron but lions'll never play with monkeys
f*ck what you sold, I still call it trash
I did it without a deal, and I still caught a bag
All my niggas went harder when them bills caught up fast
Now hustlers come to my show to get their scales autographed
Nigga 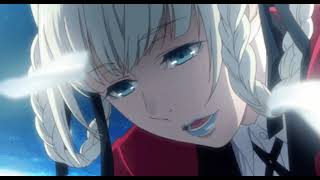