[Interlude: Sample]
Hallelujah, Hallelujah
We're going to see the king, ah, ah, ah
[Verse 2: Benny the Butcher]
It's crazy that I'm still talkin' yola, made a brick do yoga
I know 'bout hard white and them ex-con flights to Oklahoma
A pale heart, I'm Dale Earnhardt with a smokin' motor
Black Sopranos, I took the oath full of Cosa Nostra
Did it my way, I got the most of these culture vultures
You gotta pay me what you owe, or nope, I won't consult ya
I did more numbers with half your budget, I hope it woke ya
I put a brick on my block and a yacht in the open ocean
A felon, I've been convicted, irrelevant what I'm spendin'
But what matter is I'm doin' better than what's predicted, mmm
Should've got a Grammy nod, but f*ck it though 'cause Royce and Freddie family ties
Frank Lucas video, the Miami vibe
This life crazy, every minute someone recordin' you
They ask me if I feel famous now, nigga, of course I do
Corporate moves, my office and my business resources grew Took the long road, you niggas lookin' for shortcuts through
Expose who, nigga? I'm hood as a gold tooth
Hold two joints in the whip when I roll through the toll booth
I heard the albums niggas just put out, yeah, those cute
But I'm the best, TT3, B.O.P, those proof
The Butcher, nigga

[Verse 3: Conway the Machine]
Look
Jordan pack 5s, gun metal somethin' special
Used to serve yay, wordplay on Big Pun level (Woo)
Smoke come out the barrel when the gun settled (Brr)
Know some gangstas in Arizona playin' the field like the Sun devil (Ha)
I put some diamonds in hon' bezel, it's dumb yellow (Uh-huh)
I got a shooter in the New York, I call him Young Melo (Hahahaha)
I got some rope in the trunk, tape and one shovel
Long money, talkin' billions, nigga, and I want several (Talk to 'em)
Ain't worried 'bout them niggas, all them niggas puss'
Niggas dickridin' rappers real hard to get a look (They p*ssy)
I used to hustle on Doat Street, the carbon in the bush
Baggin' up at this fiend house, she shootin' doggie in her foot, ah
I bought some water, watch how salty niggas look
Sneak dissin', same niggas used to call me for a hook, right? (Ha)
I thought these niggas crooks, why all these niggas shook?
Griselda, we took shit over like how long it really took? (Uh-huh)
Look, my city is the wildest (Ha), I know niggas up in islands (Wo)
Spin the yard, pull up bar, big as Iguodala (Yeah)
And lately I've been gettin' bigger dollars, talkin' digits with the commas (Talk)
If it's smoke, we spinnin', bitch, I promise (Brr)
Look, duckin' and hidin' only get you bigger problems
'Cause if it take too long to find you, then we visitin' your mama, nigga (Hahahaha)
Yeah, I know them killers up in Dallas
Street nigga for real, boy, my trigger finger callused (Boom boom boom boom boom)
I see them pictures, them niggas need a stylist
People ridin' my dick, leaving opinions in my comments, nigga (Them niggas p*ssy though)
I get my chef on, any career I step on
The f*ck I look like puttin' a dress on?
[Outro: Conway the Machine]
Is you f*cking crazy, nigga?
Machine, bitch
Out your f*cking mind, nigga
Explain lyrics
Correct lyrics 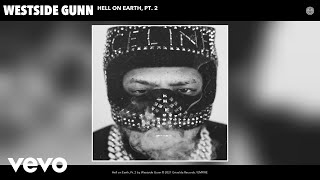